Eve Systems today announced that Eve Door and Window, Eve Energy, and Eve Motion accessories with built-in Matter certification will be available for purchase in March 2023. The accessories will work with Matter out of the box, with no firmware updates required. 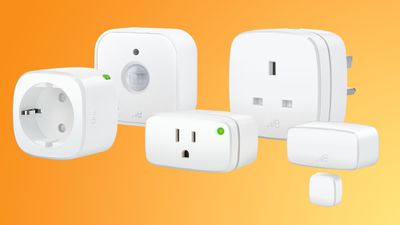 To be clear, Eve Systems has already rolled out Matter support for these devices, but if the accessories are purchased now, an update is required to add the Matter integration. Starting in March, Matter will be available out of the box.

Matter-compatible smart home products are able to work with HomeKit, Google Home, Amazon Alexa, and Samsung SmartThings thanks to the unified Matter technology.

Eve today also announced that it is adding Eve MotionBlinds for Honeycomb and Venetian blinds from Coulisse, allowing for more HomeKit-enabled design options. Eve MotionBlinds are also set to get Matter integration later in the quarter.

The new Matter-certified Eve Door and Window, Eve Energy, and Eve Motion will be available from the Eve website and from Amazon on March 28.

I will never buy anything from them again. Their plugs have an insane high pitch whir.

FWIW, I have three of their plugs and none of them make any audible sound (with the exception of the click sound when you toggle them on and off). You might want to reach out to them about that if those devices are in warranty.
Score: 9 Votes (Like | Disagree)

No one wants to see an annoying ****ing light on their god damn plug or switch. Same stupidity as router makers putting flashing lights on all of them. I mean truly unbelievable

Do some research before you start yelling. You can just turn the LED off permanently on Eve Energy so FYI
Score: 8 Votes (Like | Disagree)

I have an Eve Energy that I bought a few years back, how will I know it has been updated to support Matter?

If the Eve Energy is on firmware 3.1, it's updated for Matter.

I'm in the Eve Home beta test for Matter (you have to sign up on their website), and basically if you don't need Matter support (i.e. you only use HomeKit), I wouldn't recommend updating to it. I only updated 1 of my 3 eve energy plugs, and probably won't update the other two.

Basically, when you update any Homekit device to Matter, it will generate a new QR code since Matter codes are 11 digits as opposed to 8 digits for HomeKit. That means that the old Homekit QR code on the device itself no longer works, and you'll need the new Matter QR code that was generated during the firmware update if you ever want to remove the device from HomeKit and re-add it later.

Here's a redacted version of the Matter QR code that was generated by the Eve app for the one device I updated. Basically it has the device serial number on it, so you can match it up to the device you're trying to add in the future, but also I ended up writing the new 11 digit Matter code on the back of the device with a sharpie in case I ever misplace the new QR code since you can add devices to Homekit with the numerical code.

Interesting. So if I update an existing device to matter and lose the new code, I have bricked the device if I need to re-add it?

That was my takeaway from it. Which is why I wrote the new 11 digit code on the back of the actual plug since you can add devices to HomeKit using only that numerical code if you can't scan the QR code. There were a ton of warnings in the Eve Home when you update the firmware (its opt in and not automatic) and it's generating the new code. And they make you scan the new code during the update to verify that you've saved it somewhere (either a second device or a printout of it).


Relatedly, I use the HomePass app to store all of my HomeKit codes in a central location. I'm hoping they'll add support for Matter codes in the future, but I saved the code as a custom text field in that app, then added the matter qr code to my notes app, photos app, and documents folders just to have it saved in multiple locations.

FWIW, I have three of their plugs and none of them make any audible sound (with the exception of the click sound when you toggle them on and off). You might want to reach out to them about that if those devices are in warranty.

Ditto here. No noise except when you toggle them.
Score: 3 Votes (Like | Disagree)

I have an Eve Energy that I bought a few years back, how will I know it has been updated to support Matter?