Microsoft is looking to build a "super app" that incorporates a messaging platform, shopping, web search, and news into a single app, an apparent attempt to go after Apple and Google's app store platforms. 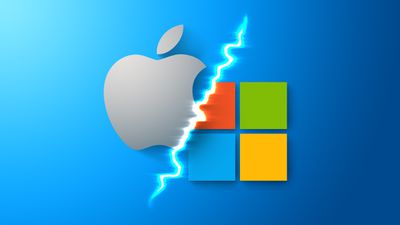 According to a report today by The Information, Microsoft has been in the early stages of building a "super app" at the direction of the company's CEO Satya Nadella. Nadella has reportedly instructed teams at Microsoft to better integrate Bing, the company's search engine, into other services and apps, such as Microsoft Teams and Outlook, as a groundwork for the "super app."

While it isn't clear whether Microsoft will ultimately launch such an app, the people with knowledge of the discussions said CEO Satya Nadella has laid the groundwork by pushing the Bing search engine to work better with other Microsoft mobile products. For instance, he has directed Bing to integrate with Microsoft's Teams messaging and Outlook email apps, making it easier for customers to share search results in messages. A spokesperson for Microsoft didn;t comment for this article.

Microsoft is not an entirely consumer-oriented company, with most of its business coming from selling software and corporate sales. Microsoft has reported ambitions to become more consumer-friendly, offering services directly to customers, such as the "super app." Microsoft has failed to acquire large apps and social media platforms such as TikTok and Pinterest in the past, which could have been part of the company's larger plans.

Microsoft has periodically bid on Apple's mobile search contract, according to a former employee briefed on the situation, but Google has won the deal every time. The negotiations have typically taken place directly between Nadella and top Apple executives behind closed doors, leaving many top Microsoft executives in the dark about the process, this person said.

The report notes that Microsoft in 2012 ran a public relations campaign to show how Bing was more usable for people with a vision disability compared to Google. The public relations stunt was not "enough to win Apple's approval."

MakeAppleAwesomeAgain
And they're shutting it down in 2025 because nobody on earth wants this.
Score: 29 Votes (Like | Disagree)

andrewxgx
Microsoft is looking to build a "super data collection app" that incorporates a messaging platform, shopping, web search, and news into a single app, an apparent attempt to go after Apple and Google's app store platforms.

c84216
From someone entrenched in a deep MS enterprise environment:

Bing = garbage. Truly hard to find what you want. I wish they would stop trying to make Bing happen.
Teams = confusing. Truly hard to navigate (makes me cry missing Slack)
Outlook = great on Windows....but that's it. New Outlook/Outlook Web/Outlook Mobile is lacking in features and lackluster all around.

In other words, an unusable money sink.
Score: 13 Votes (Like | Disagree)

maternidad
isn’t this what Edge is already?
Score: 11 Votes (Like | Disagree)