Google is rolling out some new Maps features to its iOS and Android apps for the summer, including new location sharing options, cycling directions enhancements, and photorealistic aerial views of famous city landmarks. 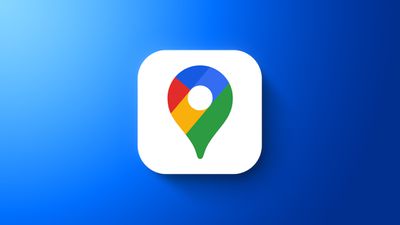 First, location sharing. Google says it wants to make it easier to see when someone who has shared their location with you arrives or leaves a place, "so you can more easily coordinate schedules" and meetups. To that end, it's introducing location sharing notifications, which work similarly to the equivalent feature in Apple's Find My app.

Google offers the following use case:

Next up, Google is adding more granular information to cycling directions in the more than 100 cities where they are available, including things like whether a particular route involves a major or a minor road, if the route suggested includes stairs or steep hills, and when you should be prepared to encounter heavy traffic.

Lastly, Google is bringing photorealistic aerial views of "nearly 100 of the world's most popular landmarks" in cities including Barcelona, London, New York, San Francisco, and Tokyo. Google says the aerial views are a "first step" toward integrating its immersive view feature for cities that the company previewed in May and which is scheduled to roll out later this year.

Google says the aerial views of landmarks and location sharing notifications are rolling out now globally on Google Maps on Android and iOS, with cycling route information launching in the coming weeks in those cities where cycling directions are available.

Every few months I try using it again and it's still nowhere near the functionality or accuracy of Google Maps
Score: 16 Votes (Like | Disagree)

It’s the traffic routing for me. Apple Maps doesn’t seem to really know where the traffic is, and even when it does it doesn’t take any evasive action.

My experience is completely the opposite. I often see amber and red line routes ahead as slow or stopped traffic is detected. And, on multiple occasions, I've had Apple maps notify me that a suggested route change will save X minutes.

Perhaps you live in Androidville! Apple infers traffic information by their servers analysing the location of millions of vehicles with iPhones in them.
Score: 9 Votes (Like | Disagree)

I don't see the point of this, it doesn't even seem to be interactive... just a video.
Score: 7 Votes (Like | Disagree)

iDento
Great new features for an already great app, but... the UI is so cluttered I hate to use most of these features.
Score: 7 Votes (Like | Disagree)

My experience is completely the opposite. I often see amber and red line routes ahead as slow or stopped traffic is detected. And, on multiple occasions, I've had Apple maps notify me that a suggested route change will save X minutes.

Perhaps you live in Androidville! Apple infers traffic information by their servers analysing the location of millions of vehicles with iPhones in them.

honestly apple maps has been fantastic both for routes and traffic. Im in the US, that probably makes a difference.
Score: 4 Votes (Like | Disagree)
Read All Comments