Apple has been granted a patent that could well hint at a new design direction for the controversial Smart Case that comes with Apple's AirPods Max (via Patently Apple). 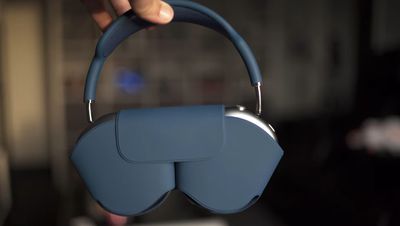 When Apple unveiled its $549 high-end ‌AirPods Max‌ headphones last year, the included Smart Case stirred up plenty of online chatter for its odd appearance and poor overall protection when compared to the traditional hard cases that come with other premium headphones.

Apple's much-lampooned case birthed an avalanche of memes, which have irreverently compared it to all sorts of things, from handbags to lingerie, and even body parts. The mixed reception has led many to wonder if Apple will rethink its design in future models, and a newly approved patent may offer a possible idea of where Apple could take things next.

Filed by Apple in June 2017 and approved today by the U.S. Patent and Trademark Office, the patent summarizes various implementations of "Enclosures with flexible magnetic closures and clasps," but the accompanying "merely illustrative" images leave the reader in little doubt about the specific use case Apple has in mind.

In its example for a headphones case, the patent describes a full-coverage two-part housing that opens and closes via a pair of magnetic "mating strips" that run along the seam, and a magnetic clasp at the top. Meanwhile inside, a separator divides a pair of headphone earcups, while a headband can be seen arching over the separator.

The images offer a top and side view of the headphone case, along with a perspective view, and they all look like a much more traditional design compared to the current one-piece folded-over design, which left some reviewers feeling that Apple de-prioritised function in its pursuit of iconic fashion.

As with all patents, this one could well come to nothing, but Apple may well be planning a new version of ‌AirPods Max‌ for the company to include features that it reportedly had to leave out because of development challenges and production issues.

Early rumors indicated the headphones would feature interchangeable headbands, touch pads for controls, and no specific left and right orientation, but these features did not make it into the final product.

It's possible that a future version of the ‌AirPods Max‌ will include the functionality that was left out of the first launch version, but all we know so far is that additional color options are in the works for a future launch.

anshuvorty
So, basically, it's the Sony WH-1000XM5's case, but instead of a traditional zipper, Apple is gonna use magnets. Great! 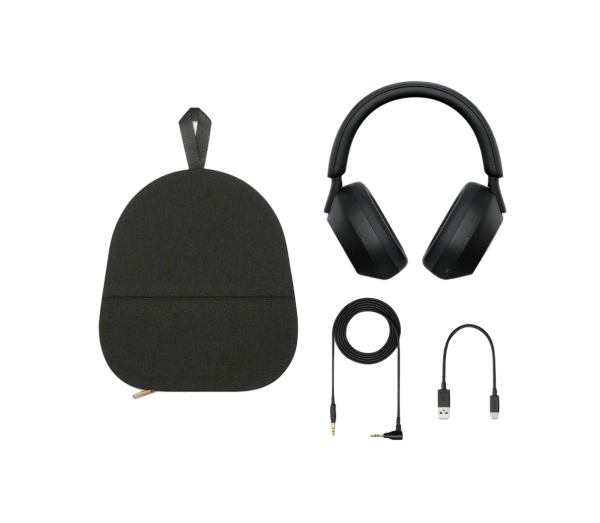 DMG35
It doesn't matter what Apple does here, people are going to complain about it.

"I hate the current design of the case, its awful."

"This new design is just a copy of other manufacturers designs (even though its what I said I wanted in a case). Where is the innovation!!"

Its a freaking headphones case. The case now is really not bad. It takes up very little space and protects the important parts of the headphones. I swear people just want a reason to complain about things.
Score: 12 Votes (Like | Disagree)

Sydnxt
Finally, I was a day-1 AirPods Max buyer and this was one of three major issues that I hoped they would address with a Gen 2.

1) USB-C, please, so I can charge it with my Mac charger

2) A case that actually protects the device, ding ding ding!

3) Audio out for when the batteries are dead!
Score: 8 Votes (Like | Disagree)

Leon Ze Professional
"Apple's much-lampooned case birthed an avalanche of memes, which have irreverently compared it to all sorts of things, from handbags to lingerie, and even body parts."

Wow, some people have a real vivid imagination?
Score: 7 Votes (Like | Disagree)

MajorFubar
Looks more like a clutch-bag than the existing bra, so that's an improvement at least.
Score: 6 Votes (Like | Disagree)
Read All Comments

Friday May 20, 2022 12:18 pm PDT by Juli Clover
Sony this week came out with an updated version of its popular over-ear noise canceling headphones, so we picked up a pair to compare them to the AirPods Max to see which headphones are better and whether it's worth buying the $400 WH-1000XM5 from Sony over Apple's $549 AirPods Max. Subscribe to the MacRumors YouTube channel for more videos. First of all, the AirPods Max win out when it comes ...
Read Full Article • 232 comments

Monday July 25, 2022 12:28 pm PDT by Juli Clover
Apple has settled an AirPods-related patent infringement lawsuit with audio manufacturer Koss, according to a court filing submitted on Saturday that was highlighted by Reuters. Koss had accused Apple of infringing on its wireless headphone technology patents with AirPods and Beats products. Koss said that AirPods and Beats wireless headphones violated a handful of patents related to...
Read Full Article • 87 comments

Wednesday August 3, 2022 3:15 am PDT by Mitchel Broussard
It's been a few weeks since we last saw a notable discount on the AirPods Max, which happened during Prime Day, but today Amazon has the headphones for $449.99, down from $549.00. This is still one of the best deals we've seen in 2022 on the AirPods Max, and overall it's a second-best price. Note: MacRumors is an affiliate partner with Amazon. When you click a link and make a purchase, we may...
Read Full Article • 33 comments

Apple Has Applied for 248 Car-Related Patents Since 2000