Apple is facing backlash from users after it announced that iOS 16, its next major release of iOS destined for release this fall, will not be supported by the iPhone 7 and iPhone 7 Plus. 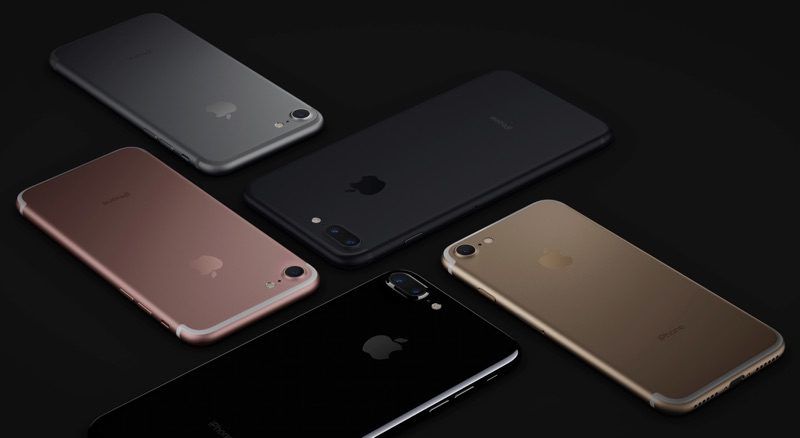 iOS 16 will bring major changes and customization features to the Lock Screen, much-awaited changes in iMessage such as mark as unread and message edits, and so much more.

Users have long asked Apple to give them more personalization controls on iOS, and Apple is finally doing that with iOS 16. Unfortunately, all of iOS 16's new features, including the update itself, won't be coming to customers who own many older iPhones, with the most notable being the iPhone 7 and iPhone 7 Plus.

Following Monday's WWDC keynote, iPhone 7 users shared their disapproval online over the lack of support for the upcoming release of iOS. "Wow. Surprised they ditched the 7/7+," one user wrote on the MacRumors Forums. Other customers voiced complaints on Twitter.

Apple disappointed me because it turned off software support for no reason for iPhone 7, 7 plus, MacBook Air 2017, MacBook Pro 2016. We want ios 16 and macOS Ventura on these devices because they are still capable. @Apple that’s a big shame for you. — Marius ASLAN (@AslanMarius) June 6, 2022

Apple not supporting ios 16 on iPhone 7 might be most weird thing i ever saw
Worst part is
Ipads that are LESS powerful than iphone 7 wilk get the new ios
What kind of logic is that apple? — Pracar (@Not_Prasar) June 6, 2022

iPhone 7 and 7 plus are out of iOS 16. Mine is 8 Plus but even if mine comes out next year, I won't change iPhones. Seriously, I refuse to get one of those iPhones with a full screen, which are the worst with this horrible screen. — Larissa Câmara 📱 (@lari_camara_) June 6, 2022

The reasonable explanation is that the A10 Fusion chip in the iPhone 7 and iPhone 7 Plus is simply not powerful enough to run iOS 16 and all its new features. That explanation, though, is invalidated when the sixth and seventh-generation iPad, both powered by the same A10 Fusion chip, are supported by iPadOS 16.

Furthermore, the fifth-generation iPad, which features the less powerful A9 chip compared to the A10 Fusion chip in the iPhone 7, is also supported by iPadOS 16. While iOS and iPadOS are different, they also share many of the same features and the same underlying technology.

In theory, Apple could have supported the iPhone 7 and iPhone 7 Plus with iOS 16 but just disabled some of the CPU and ML-heavy features for newer models.

By doing so, iPhone 7 users would still benefit from performance and security enhancements offered by iOS 16, as well as small refinements like the ability to edit iMessages, which don't require an intense amount of CPU work.

Offering only newer devices certain features that aren't available to older models is not something new, and a practice Apple is long accustomed to. As a matter of fact, several of iOS 16's latest features will only work with iPhones powered by the A12 Bionic and later.

As MacRumors reported in May, it was plausible that due to the higher memory on the iPhone 7 Plus, it would retain support for iOS 16, while the iPhone 7 would miss out. It seems as though, to avoid any possible confusion, Apple has just entirely dropped support for both iPhone 7 models instead of supporting one and not the other.

We've reached out to Apple to comment on why the iPhone 7 and iPhone 7 Plus won't be receiving iOS 16 and we'll update this article if we hear back.

mnsportsgeek
I have zero sympathy for people complaining about 6 year old phone not getting an update. The 5th, 6th, and 7th gen ipad are all newer.
Score: 82 Votes (Like | Disagree)

Andres Cantu
I suspect they dropped support because of the headline feature (new Lock Screen) probably needing the neural processor from the A11 and newer chips (to get that blurred background right). Since the iPads didn’t get this feature, they got away with it. That, and there are probably lots of A9/A10 iPads being used in schools.

It’s definitely not a matter of performance, though.
Score: 42 Votes (Like | Disagree)

Spaceboy88
Put me in the "no sympathy" camp. Apple already provides OS updates for their phones much longer than any other manufacturers, and if focusing on devices that are more capable of supporting the advanced features leads to faster, more efficient and cleaner software updates, that's a win.

Besides, every major phone carrier has deals where you can basically upgrade to a free iPhone on your plan. It may not be the brand new model, but it will be one that supports iOS software updates for at least the next 3-4 years.
Score: 37 Votes (Like | Disagree)

schuhlelewis
They were still selling it in 2018. I’m not surprised they aren’t supporting it but I feel like they should.
Score: 29 Votes (Like | Disagree)

NewUsername
I understand scrapping the 6s but the 7 is still a very capable phone.
Score: 28 Votes (Like | Disagree)
Read All Comments