WhatsApp is working on a new feature that will allow users to "silently" leave group chats hosted by the messaging platform instead of all members of the group being notified when they do. 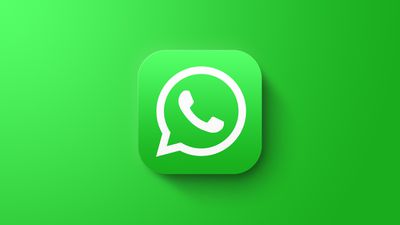 As it stands, when someone leaves a group chat, WhatsApp announces their exit to the entire group, making the act of leaving very public. It's not possible right now to leave a group quietly, but WhatsApp seems to realize that making one's exit less conspicuous may be the safer default.

WhatsApp officially allows up to 256 people to join a single chat group, which can also lead to a lot of coming and going during a conversation, and that could become a distraction to other members.

To ameliorate the situation, a beta feature uncovered by WABetainfo allows users to leave a group chat in such a way that only the administrators of the group are notified. When a group member opts out, a dialog appears that says "Only you and group admins will be notified that you left the group."

In another beta development, WhatsApp is testing rich link previews in Status updates. Sharing a link in a Status update currently only displays the URL, whereas rich link previews would display a preview of the website being linked to, offering users an idea of the content they can be expected to see if they visit the webpage.

As usual, WhatsApp hasn't offered any details on when these new features will roll out to the public while it develops them under the aegis of its beta testers. The last major rollout of new features on the platform earlier this month included emoji reactions, bigger file transfers, and larger groups.

How will I make a dramatic exit now? ?

Yes, there needs to be a ‘Leave Group Chat and Slam the Door on My Way Out’ option.
Score: 6 Votes (Like | Disagree)

Unless you count the more than 2 billion monthly active users globally, of course.
Score: 5 Votes (Like | Disagree)

It's the primary messaging platform in many countries.
Score: 3 Votes (Like | Disagree)

Also my favorite way to leave a party. ☮️
Score: 2 Votes (Like | Disagree)

svish
Link preview is a nice addition. Might be some time before it is available to all.
Score: 1 Votes (Like | Disagree)
Read All Comments