Elon Musk, founder and CEO of Tesla, has offered to purchase all of Twitter for $54.20 per share, valuing the company at $43 billion, in a letter to the social media company's chairman of the board, Bret Taylor. 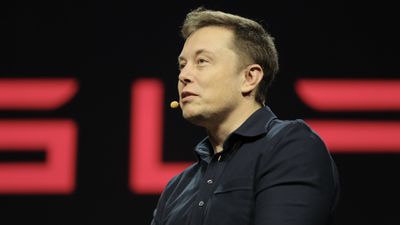 In a letter filed with the SEC, Musk says that following his purchase of 9.1% of the company earlier in the month, he is "offering to buy 100% of Twitter for $54.20 per share in cash." Musk purchased nearly 10% of the social media giant and was set to become a member of its board, but due to unknown reasons, Musk pulled out.

Musk in the letter goes on to state that Twitter has "extraordinary potential" that he will unlock. Since making his earlier investment in the company, Musk wrote that he has realized "the company will neither thrive nor serve this societal imperative in its current form," adding "Twitter needs to be transformed as a private company."

"My offer is my best and final offer and if it is not accepted, I would need to reconsider my position as a shareholder," Musk concludes. Musk in the last several months has been a vocal critic of Twitter on the platform, calling into question its policies and at one point seemingly contemplating whether a new, competing social media platform would need to be made.

Update: In a statement, Twitter has confirmed it has received Musk's offer and will "carefully review the proposal to determine the course of action that it believes is in the best interest of the Company and all Twitter stockholders."

Monday April 25, 2022 11:53 am PDT by Sami Fathi
Twitter has agreed to Tesla CEO Elon Musk's offer to buy the company for $44 billion, Twitter announced today. Bloomberg was first to report early Monday morning that a deal between the two parties was imminent. Two weeks ago, Elon Musk offered to buy Twitter for $54.20 per share. Twitter and Musk, following weeks of speculation and public drama, agreed today to the $44 billion deal. Earlier...
Read Full Article • 997 comments

Tuesday May 3, 2022 10:43 am PDT by Juli Clover
Twitter today announced that it is testing a new Twitter Circle feature, which is designed to allow people to share their tweets with a smaller crowd. With Twitter Circle, Twitter users can share their tweets with up to 150 people, rather than sharing their content publicly. Each user will be able to create a Twitter Circle that consists of people who will be able to see the user's Twitter...
Read Full Article • 32 comments

Friday May 13, 2022 4:13 am PDT by Tim Hardwick
Elon Musk is putting his $44 billion takeover of Twitter "temporarily on hold" after the company claimed that less than 5% of its users are spam or fake accounts. The Tesla chief tweeted on Friday that the deal was being frozen while he waited for details backing up Twitter's claim: "Twitter deal temporarily on hold pending details supporting calculation that spam/fake accounts do indeed...
Read Full Article • 211 comments

Tuesday April 5, 2022 2:42 pm PDT by Juli Clover
Twitter today announced that it has been working on an edit feature "since last year," with testing on the edit button set to begin "in the coming months" with Twitter Blue subscribers. In a demo of the feature on the Twitter app, users are able to click on the details button of a tweet to see an "Edit Tweet" entry that joins the already available Delete Tweet, Pin to Profile, Change who...
Read Full Article • 65 comments

Tuesday May 3, 2022 11:01 am PDT by Juli Clover
Tesla CEO Elon Musk today took to Twitter to once again criticize Apple's App Store fees, calling the cut that Apple takes from developers "definitely not ok" and likening it to a "30% tax on the internet." He went on to say that the fee is "literally 10 times higher than it should be." Apple takes a 30 percent cut from app developers who make over $1 million through the App Store on an...
Read Full Article • 451 comments

Wednesday May 25, 2022 8:56 am PDT by Hartley Charlton
Leaker Jon Prosser today shared ostensibly accurate renders of the iPhone 14 Pro, providing the most accurate look yet at what the device could look like when it launches later this year. In the latest video on YouTube channel Front Page Tech, Prosser revealed renders of the iPhone 14 Pro made by Apple concept graphic designer Ian Zelbo, highlighting a range of specific design changes...
Read Full Article • 113 comments