A file within an Apple Watch retail demo unit suggests that at some point, Apple considered using "Apple Watch Pro" branding for some models of its smartwatch. 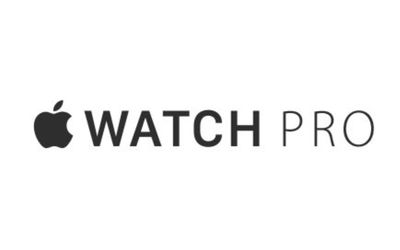 The file, shared by Apple Demo on Twitter, dated February 26, 2015, is contained within a folder of other Apple Watch logos, including a logo for the Apple Watch Edition and Apple Watch Sport. The image suggests that at some point, Apple considered using its "Pro" nomenclature for the Apple Watch, possibly for the higher-end stainless steel models, as indicated on Twitter.

Upon looking into some of the demo content files on a 2015 Apple Watch Demo (A1623), I discovered an image of logo for an unknown model of Apple Watch. Not sure if “Apple Watch Pro” is an unreleased model, or is just some place holder text. #appleinternal pic.twitter.com/kbpzBGrokX — Apple Demo (@AppleDemoYT) October 25, 2021

Apple uses its "Pro" branding for its high-end products, specifically devices that offer more features than the standard model of that product. The iPhone 13 Pro and ‌iPhone 13 Pro‌ Max, for example, both feature improved cameras, displays, and a LiDAR sensor, features not offered on the baseline iPhone 13. Apple uses its "Pro" branding across its major product categories, including the iPad, Mac, iPhone, and AirPods.

An “Apple Watch Pro” would presumably be a model that includes more premium features or design elements compared to the standard Apple Watch. "Apple Watch Pro" may have also been an alternative name to "Apple Watch Edition," a line of Apple Watch models that currently come in titanium cases.

Joe_
“Our most advanced watch we have ever created”

BvizioN
Fast Forward few years and we will be reading on how Apple considered "Polishing Cloth PRO" name.
Score: 10 Votes (Like | Disagree)

Sakurambo-kun
I sometimes think back to what Steve did to Apple's bloated product line when he took over. What would he make of it now?

This "pro" stuff is such nonsense outside of PCs. Even then it's tenuous at best. I have an iPhone 13 "pro". I'm a professional user of a telephone. I feel so important. And how does one tell the time professionally?

Apple's naming department, assuming they have one and don't just rely on Tim's fever dreams, needs to be fired.
Score: 9 Votes (Like | Disagree)
Read All Comments