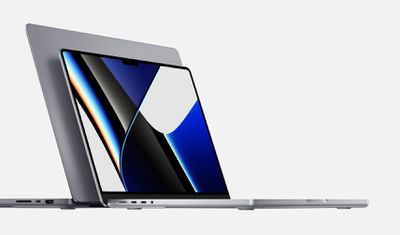 For single-core performance, the 8-core M1 Pro chip has approximately the same score as the standard M1 chip, the M1 Pro chip, and the M1 Max chip.

For multi-core performance, the 8-core M1 Pro chip is about 30% faster than the standard M1 chip, which also has 8-cores (4 performance, 4 efficiency).

The new 14-inch and 16-inch MacBook Pro models became available to order on Monday and have started shipping to some customers ahead of a Tuesday, October 26 launch. In addition to M1 Pro and M1 Max chip options, the notebooks feature mini-LED displays with ProMotion for up to a 120Hz refresh rate, additional ports like an HDMI port and an SD card slot, MagSafe charging, longer battery life, and a notch housing an upgraded 1080p webcam.

Schizoid
Great, does the 1TB MacBook have half the storage of the 2TB model?
Score: 58 Votes (Like | Disagree)

Yes I got the same thing