As the popularity of Apple TV+ grows, Apple appears to be struggling to contend with increasing levels of online piracy, despite concerted efforts to take down its stolen content, MacRumors has found. 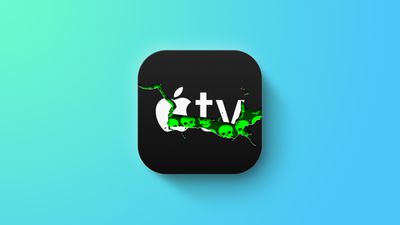 Piracy is a lucrative business for torrent sites, with a report from August estimating that the top five piracy websites raise around $18.3 million in ad revenue and sponsorships per year. According to the Alliance for Creativity and Entertainment (ACE), streaming piracy represents up to 80 percent of piracy, costing companies as much as $71 billion annually.

Although Google has increasingly cracked down on websites that host pirated content, site operators often change domains and redirect users to avoid takedowns and keep torrent links accessible. In a research paper published in 2018, Google conceded that there will "be new sites dedicated to making copyrighted works available as long as there is money to be made doing so."

Apple largely avoided the need to combat online piracy until the launch of ‌Apple TV+‌ in November 2019. Since then, ‌Apple TV+‌ shows and movies have proliferated throughout piracy sites across the internet.

While Apple has a clear piracy prevention statement for software, this does not extend to its video entertainment content, which is instead covered by Apple's terms and conditions of service. From MacRumors' findings, some of Apple's most popular shows and movies have at least 2,000 active seeders on each major piracy site, going up to as many as approximately 125,000 seeders per title. Download trends broadly map to the popularity of Apple's various shows and movies, with the likes of "Ted Lasso," "The Morning Show," and "SEE" garnering the most downloads.

According to information accessed by MacRumors, Corsearch has issued more than 320,000 DMCA orders to Google, citing copyright infringement for ‌Apple TV+‌ content. These orders only stop Google from indexing flagged piracy sites and do little to curtail the actual hosting of pirated content. Delist requests on Apple's behalf reached an all-time high on August 16 this year, with more than 8,500 requests to Google in a single day.

MacRumors tracked numerous domains and URLs used to pirate ‌Apple TV+‌ content and found that none were taken down by Apple or its partners over the course of a week. On the contrary, during this period, the website's catalog of stolen ‌Apple TV+‌ content grew, sometimes within just hours of new episodes being released on ‌Apple TV+‌ itself.

Apple and its partners must issue DMCA orders to the websites themselves to get them taken down, a process that can be cumbersome. To make matters more complex, some sites do not host ‌Apple TV+‌ content directly but act as an aggregator for content hosted elsewhere.

The websites we tracked were hosted by Cloudflare, a popular web infrastructure company that provides digital security and CDN, or content delivery network. As outlined in its abuse policy, Cloudflare cannot take sites down as it does not directly host them. Instead, it can redirect cases of reported digital copyright infringement to the piracy site's hosting provider or owner.

Although 91.2 percent of Apple's delist requests were successfully actioned, the growth and availability of ‌Apple TV+‌ content on torrent sites does not seem to have been significantly impeded by its efforts, with the company firmly falling into the same issues experienced by its rivals in the entertainment industry. Apple, Corsearch, and OpSec declined to respond to requests for comment.

TLDR, piracy is on the rise again because there’s too many damn streaming services all wanting their pound of flesh.
Score: 114 Votes (Like | Disagree)

Sad that people wont pay $5 a month for content they enjoy.

…and then you still miss out on the new Star Trek because you have to also pay for CBS so screw it, we’ll pirate it. That’s what people are doing. They’re paying $150 a month for 10 different services and they still can’t watch Picard (or insert whatever show is exclusive here)
Score: 94 Votes (Like | Disagree)

adamjackson
Piracy of music is WAY down. Why? The most popular music in the world is on every streaming service. I give Spotify $10 and I get it all.

There is no one stop shop for video and there needs to be for people to not pirate content. If the big three record labels each operated their own $10 a month music service, people would be pirating music still.
Score: 76 Votes (Like | Disagree)

contacos
Welcome to the internet
Score: 40 Votes (Like | Disagree)

Thursday October 28, 2021 6:13 am PDT by Sami Fathi
Apple TV+ will be coming to Comcast devices, expanding the range of devices that Apple's streaming service is available on and expanding its audience to even more customers, Comcast's CEO announced today during the company's earnings call. The news was broken by Comcast CEO Brian Roberts, who said during the company's quarterly earnings call that Apple and Comcast have agreed on a deal that...
Read Full Article • 48 comments

Thursday October 7, 2021 3:10 am PDT by Tim Hardwick
Apple has started making a scaled down "Apple TV+" app available on select 2016 and 2017 LG smart TVs. The app is appearing on LG's content store in several regions including Germany, Poland, and the Nordic countries, and its existence is confirmed in an LG support document. Image credit: Bartłomiej Wiśniowski First spotted by FlatpanelsHD, the app interface looks very similar to the standard ...
Read Full Article • 47 comments

Monday October 25, 2021 9:59 am PDT by Juli Clover
Apple today released tvOS 15.1, the first major update to the tvOS operating system that launched in September 2021. tvOS 15.1 can be downloaded over the air through the Settings app on the Apple TV by going to System > Software Update. ‌‌‌Apple TV‌‌‌ owners who have automatic software updates enabled will be upgraded to tvOS 15.1 automatically. Apple's tvOS updates are...
Read Full Article • 16 comments