The photographer Austin Mann has today published his in-depth annual review of the latest iPhone's camera capabilities, this time focusing on the iPhone 13 Pro. Mann's tests were performed in Ruaha National Park, Tanzania, looking at each of the ‌iPhone 13 Pro‌'s camera upgrades, including Macro mode, increased telephoto zoom and Cinematic mode. 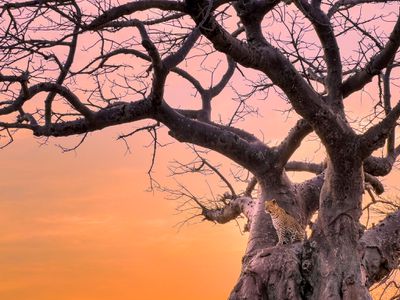 Mann said that macro mode, which uses the Ultra Wide lens and allows users to take photos around 2cm away from a subject, is "perhaps the strongest advancement in this year's camera system" and fulfills a clear need for many photographers. Images in Macro mode are still able to be fairly sharp in low-light and amid camera shake. Macro effectively functions "as a fourth lens" and is "not just an iterative increase."

The new 13mm Ultra Wide lens with f/1.8 aperture is said to offer sharper low-light images with faster shutter speeds. While the Ultra Wide still has some lens distortion, according to Mann, the overall sharpness is "drastically improved."

The new 77mm Telephoto camera offers a 33 percent increase in size over the same lens on the iPhone 12 Pro, but it is also boosted with a substantially larger sensor. Mann praised the results of these improvements, saying "everything I shoot with the Telephoto feels naturally cinematic and has a different feel than imagery captured by previous models" and "my eye isn't accustomed to seeing this kind of depth compression from my ‌iPhone‌."

Mann also experimented with the new Photographic Styles feature, which allows photographers to finely tune a distinctive look for all of their photos without sacrificing the sense of depth. He commented that Photographic Styles are intentionally "very subtle" and feature "a lot more depth instead of the flat nature of a preset." While Mann noted that photographers are likely to shoot in ProRAW for clients, Photographic Styles "will be perfect" for times "when I just want great looking images right now versus maximum processing control later."

Image shot with Photographic Styles on the ‌iPhone 13 Pro‌.

He added that features like Photographic Styles and Smart HDR 4 are among the more nuanced upgrades this year, saying that they "will impact every single photo you take, but not at the same transformative level."

Mann shot a range of video clips in Cinematic mode and was impressed by the ‌iPhone‌'s new computational videography capabilities. He noted that it was particularly impressive that you can change focus at the perfect frame later on in the editing process.

See Mann's full report for many more images and additional information about the technical capabilities of the ‌‌iPhone 13 Pro‌‌'s improved camera setup.

Editing the photos in Lightroom is cheating.
But the iPhone 13 sure has a great camera.

I take it you don’t know what RAW is and what editing in LR entails…
Score: 20 Votes (Like | Disagree)

i cant help myself but this photo looks like an oil painting, it looks terrible


It's a photo showing off the telephoto depth compression, it's literally SUPPOSED to look like this.
Score: 19 Votes (Like | Disagree)

Editing the photos in Lightroom is cheating.
But the iPhone 13 sure has a great camera.

Exactly! For all the years I've had iPhones and taken photos with them I've immediately edited them in one or another photographic software editing program.....it does make a difference! Did the images "need" it? Could I have simply sent them off to friends and family SOOC without editing? Sure, but running them through an image editing program can make just that much of a subtle difference that turns an image from a "oh, how nice...." shot to a "wow!!" shot......

Absolutely. All photographers who take photography seriously edit their photos. Either digitally or in the darkroom.

Here's a typical set of dodge and burn instructions Richard Avedon (one of my most admired portrait photographers, and passed away in 2004) gave the person printing his photos.

Editing the photos in Lightroom is cheating.

Most professional photographers edit their photos, even when using an expensive full-frame camera. The way I see it, he was able to treat the iPhone as a regular camera which is saying a lot.
Score: 8 Votes (Like | Disagree)

Most professional photographers edit their photos, even when using an expensive full-frame camera. The way I see it, he was able to treat the iPhone as a regular camera which is saying a lot.

ALL professionals edit their photos.
Score: 7 Votes (Like | Disagree)
Read All Comments

Thursday October 21, 2021 9:13 am PDT by Juli Clover
Apple today continued with its long-running "Shot on iPhone" series, uploading another "Experiments" video that focuses on the camera capabilities of the iPhone 13 Pro. The "Movie Magic" video features Dong Hoon Jun and visual artist James Thornton explaining how they shot a short sci-fi film. The video highlights various effects that can be captured with the iPhone 13 Pro and a set of props ...
Read Full Article • 20 comments