Today's iOS 14.8 update addresses a critical vulnerability that Apple engineers have been working around the clock to fix, reports The New York Times. 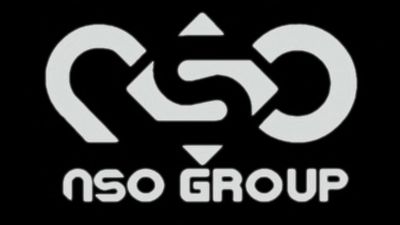 FORCEDENTRY was distributed by Israel's NSO Group to governments and various other entities, and The Citizen Lab discovered it after analyzing the ‌iPhone‌ of a Saudi activist. Details were sent to Apple on September 7, and Apple took a week to fix the bug. According to The Citizen Lab, FORCEDENTRY has been in use since at least February 2021.

"This spyware can do everything an ‌iPhone‌ user can do on their device and more," said Citizen Lab senior researcher John-Scott Railton.

Apple lists the fix as CVE-2021-30860, and described it as a maliciously crafted PDF that could lead to arbitrary code execution.

Back in July, a slew of media reports highlighted zero-click iMessage exploits called Pegasus, which were distributed by Israeli surveillance firm NSO Group and were used to target journalists, lawyers, and human rights activists around the world. A database of more than 50,000 people who had been targeted by NSO's clients was made public at the time.

The Pegasus spyware is notable because it skirts BlastDoor, specific iMessage protections that Apple put into place in with the launch of iOS 14. BlastDoor is a sandbox security system for Messages that's designed to prevent exploits like Pegasus, but it's still a work in progress.

Apple told The New York Times that it plans to add spyware barriers to the iOS 15 software update to prevent similar attacks in the future.

Just turn this off!

And for even more security...

Just turn this off!

This is dumb. Regular sms is worse security-wise.
Score: 32 Votes (Like | Disagree)

Villarrealadrian
Well this is great News!
Score: 16 Votes (Like | Disagree)

Benjamin Nabulsi
Why Apple, Google, and Microsoft don't sue such companies and run their resources to the ground?
Score: 16 Votes (Like | Disagree)

Why did apple not start on this back in July?

Because they didn't know about this particular exploit back in July. The article makes that pretty clear.
Score: 16 Votes (Like | Disagree)

Why did apple not start on this back in July?

There are a series of clues in all those words underneath the picture.
Score: 15 Votes (Like | Disagree)
Read All Comments

Thursday February 10, 2022 9:56 am PST by Juli Clover
Apple today released watchOS 8.4.2, a minor update to the watchOS 8 operating system that launched in September. watchOS 8.4.2 comes two weeks after the release of watchOS 8.4, an update that added a fix for an ongoing charging issue. ‌‌watchOS ‌8.4.2 can be downloaded for free through the dedicated Apple Watch app on the iPhone by going to General > Software Update. To install the new...
Read Full Article • 31 comments