In July of this year, Apple began testing its revamped Maps experience across Italy, following rollouts in the United States, Canada, the United Kingdom, Ireland, Portugal, and Spain. Apple has now officially launched those Maps improvements in Italy, San Marino, Vatican City, and Andorra, according to MacStories. 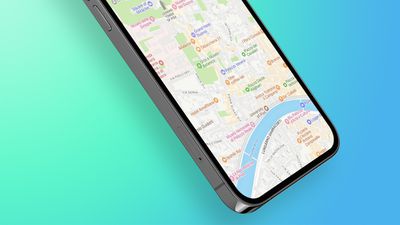 Regarding the rollout, Apple's senior VP of services Eddy Cue provided MacStories with the following statement:

"Apple Maps is the best way to explore and navigate the world, all while protecting your privacy, and we're excited to bring this experience to even more users with today's rollout. We have rebuilt the map from the ground up, with better navigation, richer detail, more accurate information for places, and remarkable features that only Apple can deliver, including Look Around, Siri Natural Language Guidance, and more. Now it is easier than ever for users in Italy to find the places they love and get to where they're going even faster and easier."

Apple Maps received a major overhaul in iOS 15 and in addition to new details in cities, an interactive globe, and enhanced driving directions, there are a handful of other smaller features that will be available.

At WWDC 2021 last month, Apple announced that its revamped Maps experience would be expanded to all users in Italy and Australia later this year.

In early 2020, Apple said it would begin rolling out the revamped Maps experience across Europe in the coming months, so other countries should soon follow. The updated maps provide more comprehensive views of roads, buildings, parks, airports, shopping malls, sports venues like baseball fields and tennis courts, and other details.

Apple could have saved a great deal of time and money by licensing Google Maps. It is the industry standard and much superior to what Apple has incrementally "fixed" for the past decade.

You should read up on the history of how Apple Maps came to existence.
Score: 11 Votes (Like | Disagree)

theadz01
Nobody uses Apple maps. So whats the point?

I use it a lot. I find it a lot cleaner and way less cluttered than the hot mess of the Google Maps app currently
Score: 10 Votes (Like | Disagree)

hagar
Does this update finally include useful POI and businesses? Or is it still the same mess of outdated, wrongly placed, incomplete data sets like in the rest of Europe (possibly the world) ?
Score: 4 Votes (Like | Disagree)

jamcgahey
You know people really drop a lot of hate on Apple Maps. When it first came out after Apple dropped google maps as their standard it was really bad, but I've been using Apple Maps for like 4 or 5 years now with zero complaints. The newest features they released are really good and pretty soon I won't even need Yelp on my phone.
Score: 4 Votes (Like | Disagree)

apparatchik
It’s a repetitive cycle, in countries with a majority of Android users (most of the world outside the US & Japan), business and POI are always more up to date and accurate in Google maps because most people use that, forcing iPhone users like myself to use Google for actual / reliable navigation, diminishing Apple maps use even more.

Maybe Apple should consider developing Android and web apps that can fully compete with Google to boost usage across the board.
Score: 4 Votes (Like | Disagree)
Read All Comments