As a result of legal and regulatory pressures, Apple recently announced some upcoming changes to its App Store policies, such as letting developers email customers about payment options available outside of their iOS app and allowing "reader" apps like Spotify and Netflix to include an in-app link to their website for account signup. 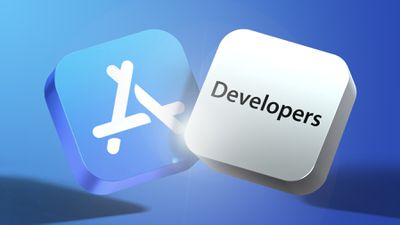 Apple said the changes "will help make the App Store an even better business opportunity for developers," but Morgan Stanley analyst Katy Huberty believes there will be "minimal financial impact" to Apple. In a research note, she said the changes would result in just a 1-2% hit to Apple's earnings per share in the 2022 fiscal year in a worst case scenario.

For example, while "reader" apps will be able to provide a single link to their website to help users set up and manage their account, which could result in more customers subscribing to an app directly instead of through Apple's in-app purchase system, Huberty notes that Spotify and Netflix already disabled the ability for new users to subscribe to their services through Apple's in-app purchase system since 2016 and 2018 respectively, meaning Apple hasn't collected a commission on new subscriptions to either app for at least three years.

Huberty added that App Store revenue from the top 10 "reader" apps accounts for less than 8% of overall App Store revenue, suggesting the financial risk to Apple from these developers circumventing the in-app purchase system is "fairly small."

"We view the top 10 or so apps as those that are most likely to have the scale, brand, marketing budget, and customer loyalty to absorb the friction of circumventing the App Store payments platform," she wrote. "Assuming a worst case scenario in which Apple stopped collecting economics from all of the top 20 reader apps translates to downside risk of 4% of Services revenue, 1% of total company revenue, and about 2% of FY22 EPS forecast."

"In other words, we believe the recent App Store headlines are more attention grabbing than the ultimate financial impact to Apple's revenue or profitability," she concluded.

Huberty believes Apple has no intention to bring these changes to gaming apps either, despite having faced a lawsuit from Fortnite maker Epic Games, which accused Apple of having a monopoly over the sale of apps and in-app purchases through the App Store. A decision in that lawsuit is expected to be announced soon.

Apple said the changes "will help make the App Store an even better business opportunity for developers,"

That's all well and good to say that now but the number of times they've been in court to prevent it along with all of their long standing "justifications" to never have offered it without a court order makes Apple's statement ring a little bit hollow.
Score: 8 Votes (Like | Disagree)

How could Apple charge for Xcode, a tool it needs internally to build its own operating system, that ships on its massively successful and profitable iPhone which would die off if there were no 3rd party apps-for-that. How could Tim Cook ever possibly afford to eat without double-dipping on recouping costs?
Score: 7 Votes (Like | Disagree)

I have to say, as someone who's used Visual Studio for 20 years.... the few times I've tried to use Xcode, .... I HATE XCode. The IDE just doesn't behave the way I expect an IDE to behave.

Same here, I use it because there is no 100% way around it "yet".
It should be called Xpuzzler and not Xcode, good for noobs but bad for coders.
Score: 6 Votes (Like | Disagree)

oh, another example why we need to spend way more money on basic education. No company ever has made a trillion dollars, probably not even cumulatively. that is a really big number, like it is a 1000 billions, which is 1000 millions, which is a 1000 thousands.

Just like not every dev makes tens of millions. :p
Score: 6 Votes (Like | Disagree)
Read All Comments