Just yesterday, Apple told its retail staff in the United States and Europe that it would start bringing back some in-person Today at Apple classes starting on August 30, but now Apple has reversed course. 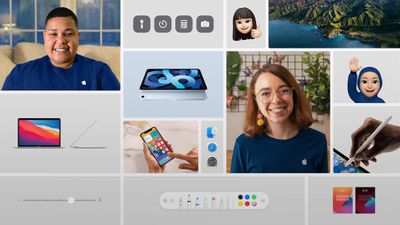 In-person Today at Apple sessions will no longer be resuming at this time, with Apple putting in-person classes off because of the ongoing rise of the Delta variant across the United States and other countries.

Apple yesterday was taking reservations for in-person classes at some store locations, but as of now, all of those in-person reservations are gone and Apple is only offering virtual sessions.

Apple retail stores have been open since earlier this year and there are no plans to close stores again, but Apple recently reinstated a mask mandate that requires customers visiting most retail stores in the United States to wear a mask. Apple had dropped mask mandates for vaccinated customers in June, but brought them back in areas heavily impacted by the Delta variant of COVID-19.

In addition to pushing back Today at Apple classes, Apple is also ramping up COVID testing of both retail and corporate employees, reports Bloomberg. Employees who participate in Apple's at-home testing program will now receive testing kits twice per week instead of once per week.

"With the emergence of more contagious variants like delta, we believe that more frequent testing will better protect you and everyone at Apple," reads a memo to employees. "Beginning Aug. 16, Quest will be sending you two mail-in test kits per week instead of one."

Apple later plans to expand testing to three times per week for employees in some offices, but there is no mandate for testing or vaccinations. Apple originally planned to bring back corporate employees in September, and later pushed that back until at least October.

But an increasing number of them are getting infected and hospitalized. And we don't yet know what the long term health consequences ('https://www.cdc.gov/coronavirus/2019-ncov/long-term-effects.html') are of getting Covid-19

Everyone has had enough time to get vaccinated if desired, so it’s a personal decision and there’s no “spreading responsibility”

Except for those under 12 years of age, those who are allergic to vaccines (anaphylaxis),...
Score: 4 Votes (Like | Disagree)

Has anyone done the research to see, what’s different in the sequence of the Delta variant, compared to the Alpha?

profcutter
Yeah, I thought august 30 was a wee bit optimistic, given our current wave of delta cases.
Score: 3 Votes (Like | Disagree)

...good thing healthy kids dying is insanely rare...like higher chance of getting struck by lightning if you are a healthy person under 18.

Not anymore. The new strains, like the Delta are getting to the younger population. Here in Florida a lot of younger people are getting it. Even if they don’t die, the side effects are remaining for longer than expected.

https://www.nbcnews.com/news/us-news/delta-variant-spreads-medical-experts-warn-risk-young-children-n1274126
Some people may say that 335 casualties may not seem like a lot, but put them all together and it is a lot of children. And some will only take it seriously if it‘s a friend or relative.
Score: 3 Votes (Like | Disagree)
Read All Comments