Vodafone is bringing back roaming charges for U.K. users traveling in Europe, the second mobile operator do so post-Brexit after originally saying they had no plans to re-introduce them. 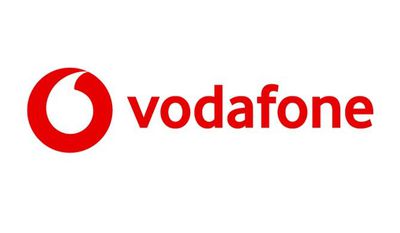 New and upgrading customers on "selected plans" will be charged at least £1 per day to use their mobile phone in EU destinations.

The rules will change for new and upgrading customers from Wednesday, August 11, though the charges will not apply until January, BBC News reports.

"Existing customers will not be impacted by these changes while they remain on their current price plan, and roaming in the Republic of Ireland will still be included for all customers," Vodafone said.

After January, affected customers will pay £2 a day to use their allowance in Europe, or £1 if bought in an eight or 15-day bundle. Fair-usage limits of 25GB of roaming data a month apply.

Before the U.K. formally exited the European Union, mobile customers generally didn't have to worry about roaming charges when using their phone in the EU, with most phone tariffs counting calls, texts, and data used in EU countries as equivalent to domestic use since 2017.

However, when the EU trade deal was signed in December 2020, mobile operators were once again able to charge customers when traveling in Europe with "transparent and reasonable rates."

EE was the first operator to announce new roaming charges in June. EE's charges go into effect in January 2022, and at first, only apply to new EE customers or customers upgrading their plan and contract from July 7, 2021.

Originally, EE, O2, Three, and Vodafone, representing the largest mobile operators in the U.K., stated they had no plans to reintroduce roaming charges after Brexit, but all have since announced changes, some under a "fair use" clause. O2 allows a roaming limit of 25GB, with any data used over that charged at £3.50 per gigabyte, while Three has cut its data limit from 20GB a month to 12GB.

willed
Yet another Brexit win ? Thanks guys!
Score: 82 Votes (Like | Disagree)

Cheers to all those morons who wanted “freedom”.

These disgusting networks were always going to do this, shame people didn’t want to accept that maybe the EU were looking out for us
Score: 50 Votes (Like | Disagree)

I don't know what's going on over there, but if you're looking to the EU to regulate your cell network pricing, that's pretty sad. Regards from your step-son country in North America.

They protected us from roaming charges across Europe, we were still ripped off in the uk.
Score: 30 Votes (Like | Disagree)

Substance90
Good luck to all the UK tourists - 8 out of the top 10 holiday destinations for brits are in the EU.
Score: 20 Votes (Like | Disagree)

If those who have no need for EU roaming can genuinely get a better price than they are paying now on one of these new tariff's then I dont see this as so bad - although I suspect most company's who re-introduce these will just pocket the extra!

Except they can’t get a better price. This is on top of the standard monthly charges and because the carriers will all do it, there’s no competitive option where people can reduce their costs by switching, other than the competition in the market for UK only access. it’s in effect a cartel and not good for the consumer.
Score: 16 Votes (Like | Disagree)
Read All Comments

Thursday September 9, 2021 1:41 am PDT by Tim Hardwick
Three has become the latest UK mobile network to reintroduce EU roaming fees, in another post-Brexit setback for customers traveling abroad. A flat £2 daily charge when roaming within an EU country will apply to customers who are new or upgrading from October 1. The changes will not come into effect until May 23 2022. The operator joins EE and Vodafone who have recently announced the...
Read Full Article • 428 comments

Monday January 10, 2022 3:16 am PST by Tim Hardwick
Users of Virgin Mobile and O2 networks based in the UK will not face EU roaming charges when traveling abroad, the company that owns both networks has announced (via BBC News). Based on an analysis of rates from other provides, Virgin Media O2 said a family of four going abroad for two weeks could see an extra £100 on their bill. As such, the company said it would not be re-introducing EU...
Read Full Article • 44 comments

Thursday June 24, 2021 5:14 am PDT by Sami Fathi
U.K. mobile operator EE plans to charge customers almost $3 (£2) a day to use data roaming within the EU, a result of the United Kingdom's exit from the European Union, BBC reports. The new charge will go into effect in January 2022, and at first, will only apply to new EE customers or customers upgrading their plan and contract from July 7, 2021. Initially, EE, O2, Three, and Vodafone,...
Read Full Article • 160 comments

Wednesday December 22, 2021 2:34 pm PST by Juli Clover
A number of Apple Watch Series 7 owners have been experiencing issues with charging after updating to the latest watchOS 8.3 software, according to reports on the MacRumors forums, Reddit, and the Apple Support Communities. Many of the complaints are related to third-party Apple Watch chargers, with users finding that these devices no longer work to charge their Apple Watches. From Reddit:Upd...
Read Full Article • 108 comments

Monday January 24, 2022 7:12 am PST by Sami Fathi
Three months after their launch, the 14-inch and 16-inch MacBook Pros continue to experience high demand and seemingly short supply, with shipping dates for both models stretching into multiple weeks in several of Apple's key markets. In the United States, the baseline 14-inch MacBook Pro with the M1 Pro chip is estimated to ship in three to four weeks, promising an arrival by at least...
Read Full Article • 176 comments