iPhone 12 models have held their value better than iPhone 11 models did after the same amount of time, according to a new report by SellCell. 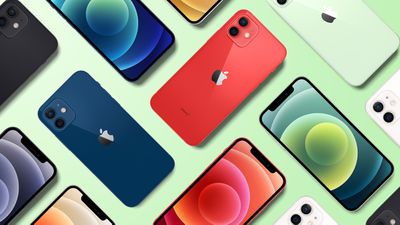 In the ‌iPhone 12‌ lineup, the iPhone 12 mini depreciated the most, losing 41 percent of its value after six months. This is almost nine percent more depreciation on average than the other devices evaluated, perhaps indicating reduced demand. Even so, each of the ‌iPhone 12‌ models recovered value. The iPhone 12 Pro Max lost 49.2 percent in month one, but by month six, the handset recovered 20.3 percent of its MSRP.

Overall, both the ‌iPhone‌ 11 and ‌iPhone 12‌ series of devices lost 40 to 50 percent of their value within the first four weeks of launch on average. The ‌iPhone‌ is still by far the best smartphone for value retention regardless of the exact model. For example, a previous study has shown the ‌iPhone 12‌ holds its value 20 percent better than the Samsung Galaxy S21.

MrMacintoshIII
Excellent news for when I sell my 12 Pro for a 13 mini.
Score: 10 Votes (Like | Disagree)

Just sayin...
I believe the 12 is holding its’ value more than the 11 did earlier because of a number of factors: chip shortage supply constraints and an increased post-lockdown demand surge. Either way, when the 13 comes out, I‘m upgrading and giving my 12 Pro Max to DW. Her 11 goes to son & DIL…
Score: 8 Votes (Like | Disagree)

ghanwani
This probably has to do with the falling dollar and everything going up in price. Have you looked at the used car market lately? iPhone 11 has likely lost less value than iPhone XR did a year ago, and so on.
Score: 6 Votes (Like | Disagree)

Return Zero
Yeah this is not surprising at all... OLED, 5G, Ceramic Shield, definitely going to be seen as more future proof than the 11 at equivalent times of purchase.
Score: 6 Votes (Like | Disagree)

Skika
Because of the redesign.
Score: 5 Votes (Like | Disagree)
Read All Comments