Original HomePod models appear to be mysteriously failing at an increasing rate, according to multiple MacRumors readers and complaints on Reddit and Twitter. Many of the HomePods that have suddenly stopped working were running the beta version of the ‌HomePod‌ 15 software, but some affected users had HomePods with the 14.6 software installed. 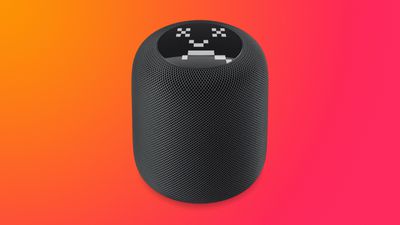 MacRumors reader Jose said that his 18-month-old ‌HomePod‌ running the 14.6 update recently stopped working, and that's a common complaint across multiple Reddit threads that have been created over the course of the last few days.

In one notable case, a Reddit user with a total of 19 HomePods had seven of them stop working today. Four of those HomePods were running the ‌HomePod‌ 15 beta, and three of them were running the 14.6 software.

I have a total of 19 HomePods at home. 6 of them are on Beta and the others on 14.6. As of today, 7 are no longer working. 4 on the beta and 3 on 14.6. I use the HomePods normally and listen to music from time to time but not very loud, on average about 20% volume. All the ones on the beta are connected as default speaker on the Apple TV. Either there is a massive problem with the OS or something in the hardware is built wrong.

There are multiple other complaints from affected users in the comment sections of these threads, suggesting that this could be a widespread issue impacting many ‌HomePod‌ owners. Most of the impacted HomePods were used in stereo pairing mode and were linked to an ‌Apple TV‌ running the tvOS 14.6 update, including HomePods running the 14.6 and 15 software updates.

Since many of the HomePods affected have beta software installed, it's not a good idea to install the ‌HomePod‌ 15 update if you have a ‌HomePod‌. ‌HomePod‌ software is distributed on an invite-only basis, but some third-party sites often make the beta available, and if you install an unauthorized beta, Apple is not going to be able to help.

One Reddit user says that a senior Apple technician advised them to unplug their HomePods and stop using them until the next software update.

"I would tell your friends if they have installed OS15 beta on one or both of their HomePods and having issues to unplug them and not use them until next software update comes out to avoid damage to the logic board. In result of damaging your HomePod. If your HomePod has failed due to the developer beta profile being installed which in that case apple cannot be held liable to fix the HomePods due to non licensed developer people installing this software, but suggest if your HomePod has in fact failed and you are a licensed developer you are urged to contact apple developer team for further assistance."

There are also many complaints from users who are running the 14.6 update, and unfortunately, Apple support has not been helpful for those who have a ‌HomePod‌ that was purchased more than a year ago. MacRumors reader Jose who initially contacted us said that Apple support was unable to offer help because his ‌HomePod‌ was out of warranty, and other ‌HomePod‌ owners have also had the same response.

Given the high number of sudden failures linked to 14.6, it's possible there's a hardware or software bug that's causing the problem, and if that's the case, Apple may eventually offer more help to ‌HomePod‌ users.

There is no known fix for ‌HomePod‌ users at this time, but avoiding beta software is recommended, and those who are highly concerned about failures may also want to stop using the HomePods in stereo mode for the time being until more information is available or a new software update is released to address any possible issues.

One MacRumors reader said that his failure was caused by a diode that failed and he was able to replace the diode and get the ‌HomePod‌ working again, but it is not clear if this is the same issue that others are experiencing nor is it reasonable for ‌HomePod‌ owners to have to tear down their speakers to solder on a new component.

M-Life
Anyone else here just to find out about the guy with 19 Homepods at home?
Score: 100 Votes (Like | Disagree)

exmophie
Did I read that right?
NINETEEN HomePods?
Score: 30 Votes (Like | Disagree)

In one notable case, a Reddit user ('https://www.reddit.com/r/HomePod/comments/offimc/7_of_19_homepods_og_broken_with_and_without_beta/') with a total of 19 HomePods had seven of them stop working today.

He probably owns most of them out in the wild.
Score: 16 Votes (Like | Disagree)

I7guy
This isn't good...Apple get your stuff together and get a fix out.
Score: 15 Votes (Like | Disagree)

Right? This seems like the kind of guy who put a stereo pair of HomePods in his bathroom because why not
Score: 14 Votes (Like | Disagree)
Read All Comments