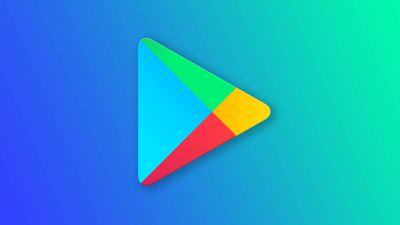 The lawsuit was filed in California federal court and is led by Utah, North Carolina, Tennessee, New York, Arizona, Colorado, Iowa, and Nebraska. The states are fighting against Google's plan to require all app developers who use the Google Play Store to pay a 30 percent commission on the sales of digital goods or services, which Google plans to enforce in September.

Google last year said that in 2021, it would begin enforcing Play Store rules that require app developers to use Google's in-house billing method instead of independent payment systems. Google has long had this rule, but the company was not strictly enforcing it so developers could avoid using the Play Store billing system and Google's fees.

The change that Google is enacting would put the Google Play Store on level footing with Apple's App Store, as Apple has always required developers to use in-app purchases instead of alternative payment methods. Apple collects a 15 to 30 percent fee from app purchases and in-app purchases, and Apple's situation differs from Google's because the ‌App Store‌ is the only way to install apps. Even if Google implements its Play Store requirements, companies can still offer apps through alternative app stores.

It is not clear if Apple will be hit with a similar lawsuit, but the company has also been facing scrutiny over its ‌App Store‌ fees and policies. Alongside Google, Apple is embroiled in a legal battle with Epic Games over ‌App Store‌ fees and policies. There was a trial in May, and we're still awaiting the judge's ruling in the Apple v. Epic case.

Google is dealing with several other antitrust lawsuits that are part of a wider crackdown on tech companies. The United States Justice Department and 14 states sued Google in October over its dominance of the mobile search market, and an additional 38 states sued Google in December over the same issue.

It's about time IOS gets opened up, that way we can finally have true third party browsers with adding. We can have torrents and emulators and all the good stuff Android gets.

You can absolutely have that today! Nobody is stopping you!

And leave iOS and its vastly superior security model for the rest of us who don’t want to deal with all the android malware and spyware.

At least you have an option to use another store on Android.. I don't see how Apple won't get sued for this as well as their policy is much more strict and your limited to just the Apple App Store. If Apple gets off the hook in the Epic case, I don't see how this case wouldn't get thrown out too. But who knows what will happen in that case.

What do you think Facebook, pissed at Apple's new privacy rules in the only iOS App Store, will do if iOS is forced to open up to any app store or side loading?
Consumers need a choice. Buy Android, and have freedoms to install what you like but suffer the privacy and security consquences, or buy Apple and have someone police the software you use.
The only "consumers" I hear complaining about Apple's one app store lock down are those who hate them which includes Facebook, Microsoft et al as well as the spooks who've long complained about the end user getting too much encryption and privacy for their liking.
Score: 21 Votes (Like | Disagree)

What does that even mean? Are you saying Apple is a minor player in the App Store ecosystem?

you just invented a market.

Apple has no monopoly in any platform for which it has an App Store. Mac is a tiny percentage of the PC market. iPhone is, even in the US, only around half the smartphone market, and a lot less than that worldwide. etc.

The only time companies have been found guilty of antitrust behavior for anything even remotely similar to what apple does the App Store (there are actually no precedents that are particularly close), is when the companies controlled the overall market (i.e. when Microsoft had 80+% of the operating system market - and even the ruling against Microsoft didn’t hold up on appeals).
Score: 19 Votes (Like | Disagree)

seriously, i don't want torrents and emulators anywhere near my iphone. it's mind boggling that someone is actually expecting apple to do this...

_Spinn_
Sounds like the difference here is Apple has enforced this policy from the beginning and Google is trying to enforce this after years of letting it slide.
Score: 17 Votes (Like | Disagree)

farewelwilliams
Which is stupid. It's Google's platform. As long as there is an alternative, let Google do what they want.
Score: 16 Votes (Like | Disagree)
Read All Comments