Apple's mini-LED suppliers for the 12.9-inch iPad Pro have entered the supply chain for its redesigned 14-inch and 16-inch MacBook Pro models, which are on schedule to be unveiled in September, according to a new paywalled DigiTimes report. 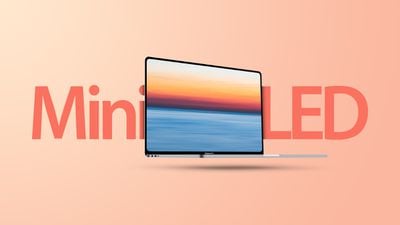 Zhen Ding Technology and Tripod Technology have both entered the supply chain for Apple's upcoming mini LED-backlit MacBook series, and will be ramping up their shipments of backlight boards starting the third quarter, according to industry sources.

According to the report, Zhen Ding will complete its second-phase investment in capacity expansion for mini-LED boards in the third quarter to meet demand for the 14-inch and 16-inch MacBook Pro models, which are "set for launch in late third-quarter 2021," said sources who spoke to DigiTimes.

The third quarter runs from July through September, which would line up with a MacBook Pro announcement during or around Apple's annual iPhone event, which is on course this year to return to its traditional September schedule. A September MacBook Pro unveiling would be unusual for Apple, but not impossible, given the recent change of format for launches and announcements due to the global health crisis.

Tripod has reportedly cleared Apple's validations for equipment and capacity at its new plant in China's Xiantao, Hubei province and will be able to start production of mini-LED boards for the new MacBook Pro series in the third quarter as scheduled.

Both makers are optimistic that the higher unit prices and gross margins on the mini-LED shipments will contribute to their profitability in the second half of the year.

The upcoming MacBook Pro models will feature the most significant design overhaul to the MacBook Pro line that we've seen since 2016, and the updated machines will also address complaints that users have had with the MacBook Pro for years by bringing back older features that include MagSafe, more ports, and physical function keys.

Both new models will have a flat-edged design that has been described as "similar to the iPhone 12" with no curved edges like current models, but in practice, the design changes may be smaller than expected. For all the details, check out the "What's Next" section of our dedicated MacBook Pro guide.

Just give me a powerful new M2 14" mini-LED MacBook with a great new design and function keys. Thanks!

People who want MagSafe or HDMI back aren’t thinking it through. Would you rather have HDMI or another usb-c/thunderbolt 4 port?
Score: 6 Votes (Like | Disagree)

Just give me a powerful new M2 14" mini-LED MacBook with a great new design and function keys. Thanks!
Score: 5 Votes (Like | Disagree)

Armada2
3 short posted articles on the same re-hashed information. Just the image changed.. week is nearly over. Hang in there!
Score: 4 Votes (Like | Disagree)

I would say 4K is the "sweet spot" where 1920x1080 retina is looking good, while able to handle 4K content.
If the 16" has anything less than 4K I will be duly disappointed.

Heck no regarding the 16:9 dimensions. 16:10 is extremely well liked aspect of Macbook Pros that should persist. Creative professionals, developers, & a good deal of Silicon Valley would flip tables deviating from that well-loved ratio of Pro Macs.

218 ppi is fine as is; 5k/6K would be neat. what’s preferred is Liquid XDR in the Macbook Pros + Dolby Vision HDR.

120hz refresh rate would be ideal, but I’ve resigned they may not have the courage to do this.
Score: 3 Votes (Like | Disagree)
Read All Comments