Apple today announced it has renewed "The Mosquito Coast" for a second season, just two days prior to the first season's conclusion. 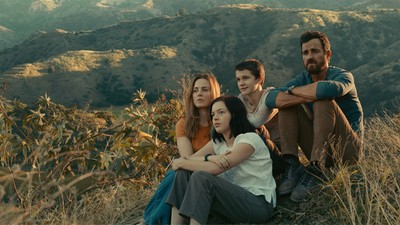 Starring Justin Theroux, Melissa George, Logan Polish, and Gabriel Bateman, the acclaimed Apple TV+ drama series follows the dangerous journey of a radical idealist and brilliant inventor, Allie Fox (played by Theroux), who uproots his family for Mexico when they suddenly find themselves on the run from the U.S. government.

The series comes from award-winning novelist Neil Cross, and is based on the best-selling book of the same name by Paul Theroux.

"'The Mosquito Coast' has captured the imagination of viewers all over the world, not only because of its adrenaline-fueled action and adventure, but also for the engaging family story and captivating performances at its heart," said Matt Cherniss, Apple's head of programming. "We can't wait to find out what comes next for the Fox family, and for audiences to continue to experience the thrill ride."

The renewal comes ahead of the first season finale, which debuts this Friday.

btrach144
Honestly hated the show. Couldn’t make it past episode 2 with many saying it got even worse after that.
Score: 10 Votes (Like | Disagree)

MacOH21
It's a very slow burn. I do think the writers forgot to make any of the characters likable.
Score: 7 Votes (Like | Disagree)

mnsportsgeek
why? This show is a train wreck. Even the fanboys on Reddit are getting fed up with it.

WillColbert
Perhaps the second season will reveal why it is they are on the run.
Score: 5 Votes (Like | Disagree)

Doctor Q
I've found each episode to be a bit less enjoyable than the previous one. And if the character Allie Fox is "brilliant" then why does the family depend on random luck to escape from one predicament after another?
Score: 4 Votes (Like | Disagree)

"'The Mosquito Coast' has captured the imagination of viewers all over the world,

I think that's a bit of a stretch, tbh. The first couple of episodes were decent, the last couple have been a complete car crash. This was always a book I've wanted to read (I do like Paul Theroux), but this has totally put me off it.
Score: 4 Votes (Like | Disagree)
Read All Comments