Sony has committed to bringing its PlayStation brands and IP to third-party mobile devices, potentially as soon as this year (via VideoGamesChronicle). 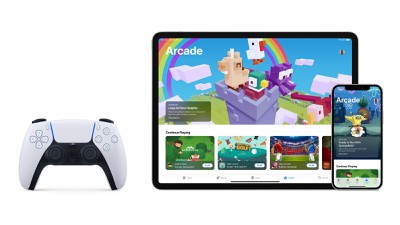 Sony Interactive Entertainment president and CEO Jim Ryan today explained during an investor relations session that the company plans to launch its major franchises on non-console platforms such as mobile, encouraged by its "very successful" first steps into the PC gaming market.

Ryan presented research suggesting mobile gaming generated $121 billion worldwide in 2020, compared to $62 billion brought in by the console market and $42 billion generated by the PC gaming market, demonstrating the case for the company to move into mobile gaming.

We are beginning our journey to take PlayStation first-party IP off console. We started last year by publishing two of our games on PC, Horizon Zero Dawn and Predator, and both were profitable and really had a very successful publishing debut... In FY21 we will begin to publish some of our iconic PlayStation IP on mobile.

PlayStation intends to publish an increasingly large number of titles on mobile, hoping that it will "become steadily more important as time passes" relative to console gaming.

Sony previously claimed that its move into mobile gaming would occur with at least five titles by March 2018, but it never came to fruition.

According to VideoGamesChronicle, PlayStation opened a new business unit to adapt its "most popular franchises" for mobile earlier this year and was hiring for developers to achieve a mobile product roadmap within a three to five-year time frame.

PlayStation has a huge catalog of diverse first-party IP that can transition to smartphone gaming and complement our AAA games or live service games. We are exploring the mobile market with some wonderful PlayStation franchises so please stay tuned.

Sony Interactive Entertainment owns a large number of popular video game franchises, including "God of War," "Gran Turismo," "Killzone," "The Last of Us," "LittleBigPlanet," "Ratchet & Clank," "Until Dawn," "Uncharted," and more. The company's intention to move into mobile gaming will presumably see some of these titles arrive on iOS and iPadOS. Sony's PlayStation 5 DualSense controller also now works with iOS and iPadOS, which may aid the gaming experience with Sony's new mobile games.

Six years ago, rival company Nintendo announced its foray into mobile gaming on iOS and other platforms. Although the company has seen some success in the business move, it has also experienced some misfires, and there have since been indications that Nintendo is "retreating" from its mobile gaming plans.

The arrival of Sony's "iconic IP" on mobile platforms will occur by the end of the financial year in March 2022.

ProVideo
I hope this doesn't mean Sony is going to start focusing more on online multi-player games to get the most profits. I have stuck with Playstation because they have stuck to making great single player games without the pay to win bs that is so prevalent on mobile and multi-player games. Not happy about Rockstar milking GTA V for eight years without any expansion packs because they only focus on online now.
Score: 13 Votes (Like | Disagree)

Havoc035
Would be great to seem some of these in Apple Arcade. But most likely Sony will just offer it's own service.
Score: 4 Votes (Like | Disagree)

So it will be in Apple Arcade, individual games or own App Store?

I think we can safely say their games will not be in Apple Arcade, nor will they have their own App Store. Individual games seems most likely - not sure how they could do a subscription service.
Score: 4 Votes (Like | Disagree)

mazz0
Anyway, I couldn't give a monkeys about mobile gaming (except strategy games - I wish proper PC strategy games were all on iPad), but if the next Naughty Dog games come to PC I will never need to buy a PS5.
Score: 4 Votes (Like | Disagree)
Read All Comments

Wednesday March 17, 2021 12:52 pm PDT by Juli Clover
T-Mobile today announced a partnership with SiriusXM that will see T-Mobile customers getting expanded access to Pandora with ad-free radio weekends, "Top Tracks" music stations that are powered by popular SiriusXM channels, and early access to original SiriusXM podcasts. Starting on Tuesday, March 23, any T-Mobile customer that participates in T-Mobile Tuesdays can get free access to the...
Read Full Article • 32 comments

Sunday April 11, 2021 6:18 am PDT by Sami Fathi
The ultra-popular game Flappy Bird, removed from the App Store in 2014, may be making a comeback in the form of an interactive macOS notification. Utilizing the new UserNotificationsUI framework added in macOS Big Sur, designer and developer Neil Sardesai has been able to put a clone of the game created by PlayCanvas creator Will Eastcott into a notification. Showcased on Twitter, Sardesai...
Read Full Article • 54 comments

Friday February 19, 2021 7:33 am PST by Hartley Charlton
Apple has subpoenaed Valve in its ongoing lawsuit with Epic Games, demanding it provides huge amounts of commercial data about Steam sales and operations dating back several years, court filings have revealed (via PC Gamer). The subpoena was initiated by Apple in November 2020 under the argument that information about Valve's digital distribution service, Steam, would be crucial to...
Read Full Article • 149 comments