Apple's updated Apple TV 4K isn't officially supposed to launch until Friday, May 21, but it appears that UK retailer Argos has jumped the gun by offering customers in-store pickup today. 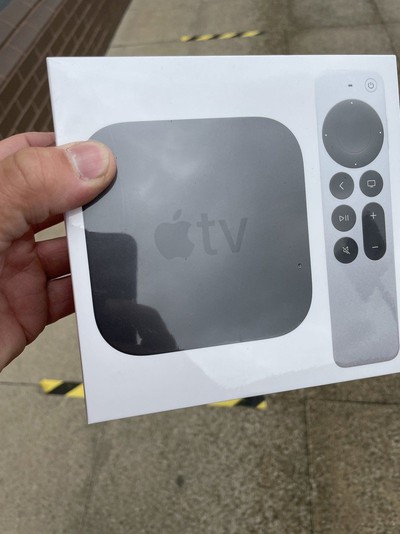 Twitter user @ApplWatcher was first to note that Argos has been allowing pre-orders to go out a day early, with many store locations offering collection "right away" or after 4:00 p.m. UK local time.

At least one customer wasted no time in taking up the offer, and provided iMore with pictures as evidence of their purchase. It's not clear why Argos is selling the new-generation ‌Apple TV‌ one day earlier than Apple's official launch date, and there could be repercussions for the retailer. But as it stands, anyone in the UK who is interested in picking up the latest set-top box (or indeed just the new Siri Remote) a little earlier than most could be in luck.

Apple customers who purchased an ‌‌Apple TV‌‌ 4K with ‌‌Siri‌‌ Remote will start seeing deliveries on May 21, with customers in Australia and New Zealand set to receive their devices first. Yesterday we reported that one Apple customer in Finland also received their second-generation ‌Apple TV‌ 4K and ‌Siri‌ Remote earlier than expected.

Update: Argos appears to have realized its error and has since updated its ‌Apple TV‌ 4K website listings to read "Watch this space: This product hasn't been released yet. Please check back soon."

Let us know how it goes.

Got it, no problems.

Got it, no problems.

BvizioN
I am going to give this one a miss. The previous generation 32GB is more than enough for what I use it for.
Score: 7 Votes (Like | Disagree)

I am going to give this one a miss. The previous generation 32GB is more than enough for what I use it for.

ok so it is the same as with almost any product: you don’t need to upgrade every other generation.
Many articles have been written on that topic..
Score: 6 Votes (Like | Disagree)

J___o___h___n
Strange, the Italian boxes don't show the HomePod on their packaging.