Apple customers who own faulty Powerbeats 2 devices have begun receiving payouts from a class action lawsuit that Apple settled last year, according to multiple MacRumors readers that have started receiving funds. 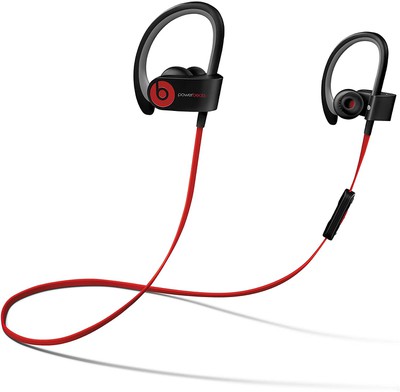 Powerbeats 2 owners sued Apple after it was found that some of the headphones had a defect that could cause them to stop working and fail to retain charge after "minimal usage." The plaintiffs in the case alleged that Apple misrepresented the battery life of the Powerbeats 2, and that Apple had said they were sweat and water resistant.

Powerbeats 2 were first released in 2015, and at least some of the failures may have been due to moisture exposure. Apple was also accused of failing to replace or repair defective Powerbeats 2 within the one-year warranty period.

The case did not play out in court as Apple agreed to pay $9.75 million last summer to settle the lawsuit. At the time that it agreed to the payout, Apple said that it denied all allegations and was paying the settlement fee to avoid expensive litigation.

The settlement was approved in January of 2021, and now the money obtained from Apple is being split between all Class Members who submitted claim forms after attorneys' fees and related costs were paid. Anyone who had purchased Powerbeats 2 earbuds before August 2, 2020 were eligible to claim a payment from the settlement.

scheinderrob
damn $114 is the most i've ever seen a customer get on a class action
Score: 12 Votes (Like | Disagree)

Apple_Robert
With the settlement check, a person could buy a new M1 iMac charger and then save up for the iMac.
Score: 4 Votes (Like | Disagree)

Theyayarealivin
Waiting for my settlement check :)

Who else is involve in this settlement? Speak up now.
Score: 3 Votes (Like | Disagree)

Shafa
I'm waiting for a class action lawsuit for the MacBook Air intel 2020 version which is absolutely garbage because of overheating, fan noise, and sluggishness..
Score: 3 Votes (Like | Disagree)
Read All Comments