Earlier today, we confirmed that AirPods, AirPods Pro, and AirPods Max will not support lossless audio over Bluetooth because of Bluetooth limitations, and it turns out there's no direct wired lossless option for the ‌AirPods Max‌ either. 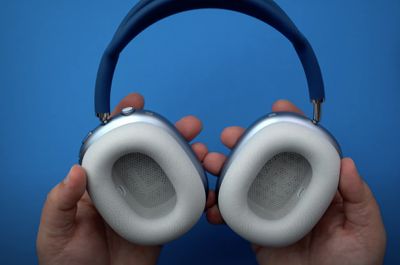 Apple's ‌AirPods Max‌ headphones are equipped with a Lightning port, but it is limited to analog sources and will not natively support digital audio formats in wired mode.

Apple told The Verge that when a 24-bit/48 kHz Apple Music lossless track is played to an iPhone into the ‌AirPods Max‌ using a Lightning cable and a Lightning-to-3.5mm dongle, the audio is converted to analog and then re-digitized to 24-bit/48 kHz. The re-digitization is not an identical match to the source and Apple is not able to say that it's lossless audio.

Apple has confirmed that lossless audio can be listened to on an ‌iPhone‌, iPad, Mac, or Apple TV, but the higher quality audio is not available on AirPods, ‌AirPods Pro‌, or ‌AirPods Max‌. Apple lossless is also not available on the HomePod.

Listening to lossless audio on an iOS device will require wired headphones compatible with the ALAC format, and possibly a digital to analog converter. That the $549 ‌AirPods Max‌ do not work with Apple lossless is sure to upset some fans, but there is debate about whether most people can even tell the difference between standard and lossless audio formats.

Though the ‌AirPods Max‌ headphones do not support lossless audio, they are compatible with Spatial Audio with Dolby Atmos, another new feature that Apple is bringing to ‌Apple Music‌. Spatial Audio will allow artists to create multidimensional music that sounds like it's coming from all around you, and this feature is available on all AirPods and Beats headphones with an H1 or W1 chip.

WhoDaKat
Apple has confirmed that lossless audio can be listened to on an iPhone, iPad, Mac, or Apple TV, but the higher quality audio is not available on AirPods, AirPods Pro, or AirPods Max.

You have to be ****ing kidding me. My $600 headphones don’t support, even wired? They just freaking released them! Who on gods earth are they bringing lossless to Apple Music for? For all the people that don’t buy their products? They sell speakers and headphone, and none of them support lossless? That makes zero sense. This surely has to be a mistake.
Score: 69 Votes (Like | Disagree)

I can't hear the difference anyway.

I agree, but it is just weird for a company known for its hardware to release something that none of their audio products support
Score: 59 Votes (Like | Disagree)

dmylrea
What a screw up that Apple's best headphones can't play lossless.

Gotta love though, that since they won't playback lossless, the article goes on to say, basically, not a big deal as you probably can't hear a difference anyways! So which is it, is the new Lossless service useless or not?
Score: 58 Votes (Like | Disagree)

Spainask27
I'm so disappointed. Was extremely excited about this news and can't believe that now AirPods Max won't be able to support it wired. I understand that is not possible by BT, but not even wired is such a disappointment after expending 600€ just 6 months ago on them.
Score: 42 Votes (Like | Disagree)

Rogifan
I’d love to know who was in the product meetings when the HomePod and AirPods Max were being discussed. I still don’t know who these products were/are for. An audiophile is going to want a wired connection and if you’re not an audiophile these products cost more than most would be willing to spend.
Score: 37 Votes (Like | Disagree)
Read All Comments