Apple supplier Foxconn, which serves as the main iPhone manufacturer, is taking measures to expand its workforce by offering increased bonus pay to new recruits in Zhengzhou, China, ahead of when production of the iPhone 13 is set to get underway. 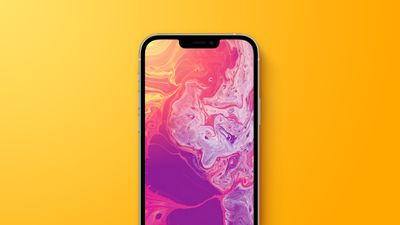 According to the South China Morning Post, the newest raise in bonus is the third instance this month where the supplier has attempted to attract recruits. In a company-wide announcement on Thursday, Foxconn said new recruits would receive a $1,158 bonus if they work for 90 days and are on duty for at least 55 days.

Each new recruit will receive a 7,500 yuan (US$1,158) bonus if they work for 90 days and be on duty for at least 55 days, according to the latest announcement posted by iDPBG on Thursday.

Foxconn declined to comment on the reasoning behind the new bonuses, saying that "as a matter of company policy and commercial sensitivity," it does not comment on operations or client work.

The ‌iPhone 13‌ lineup consisting of four separate models is expected to include matching sizes to the current ‌iPhone‌ offerings. The new handsets are rumored to feature improved cameras, a faster processor, and a number of minor, yet significant design changes.

DanTSX
Haha. Chinese Foxconn treating their employees better than most American companies treat their employees in the USA. Good for them.
Score: 3 Votes (Like | Disagree)

slineaudi
I'm sure these product launches take tremendous amounts of work from Tim down to the UPS driver that drops at your door. I like the idea that they all get a little cut of the action as a reward.
Score: 3 Votes (Like | Disagree)

gnasher729
I thought Foxconn only employed slaves and pays them 10 cents an hour? Or at least that's what some posters tell us all the time?
Score: 2 Votes (Like | Disagree)

djcerla
Apple’s scale is unbelievable. Even the biggest factories in the world struggle to keep up with demand.

I'm too dense, or it's too early in the morning for me, but this wording confuses me. Can someone explain it clearer, please? Thanks.

It’s a tenure condition. It means you can’t just get your bonus and jump into the suicide nets.
Score: 2 Votes (Like | Disagree)

I'm too dense, or it's too early in the morning for me, but this wording confuses me. Can someone explain it clearer, please? Thanks.

You must be employed for 13 weeks minus one day (that's 90 days), and you must actually be working for 55 days (11 weeks times 5 days, so working five days a week, with less than 10 days holidays).
Score: 1 Votes (Like | Disagree)
Read All Comments

Monday May 31, 2021 3:27 am PDT by Sami Fathi
Apple has published its annual supplier responsibility report, which outlines the progress it and its suppliers are making towards improving the rights of workers, furthering environmental protection goals, the response to the global health crisis, and more. The report contains detailed information ranging from how Apple addresses reports of violations within its supply chain to how the...
Read Full Article • 29 comments

Sunday January 16, 2022 8:56 am PST by Sami Fathi
Continuing the tradition set with the iPhone 13 Pro, only the highest-end iPhone 14 models will feature Apple's ProMotion display technology, according to a respected display analyst. Ross Young, who on multiple occasions has detailed accurate information about Apple's future products, said in a tweet that ProMotion will not be expanded to the entire iPhone 14 lineup and will remain...
Read Full Article • 66 comments