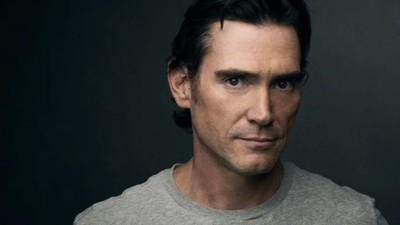 Described as a "retro-future dramedy," the show features a group of traveling salesmen who are hawking lunar timeshares.

Crudup will play the starring role of Jack, a talented, ambitious salesman "whose unshakeable faith in a brighter tomorrow inspires his coworkers, revitalizes his desperate customers but threatens to leave him dangerously lost in the very dream that sustains him."

The series is directed by Jonathan Entwistle, known for "The End of the F***ing World," with Crudup serving as an executive producer.

In addition to starring in this new series, Crudup is also working on season two of "The Morning Show," which is set to premiere on ‌Apple TV+‌ later this year.

Think|Different
He wrote himself a blank check/role with his amazing The Morning Show performance.
Score: 22 Votes (Like | Disagree)

Ar40
AMAZING!! He was the best part of The Morning Show. His charm just oozed off the screen. Absolutely looking forward to this!
Score: 10 Votes (Like | Disagree)

bbplayer5
This is guaranteed to be good. This guy is one of the best out there.
Score: 5 Votes (Like | Disagree)

orbital~debris
Agree with the sentiments here; he provided an excellent counterpoint in The Morning Show and gave a nuanced performance.

Looking forward to this new show. Sounds like a little of the Ted Lasso ethos may be in the recipe. I wonder if Apple can do it again.
Score: 4 Votes (Like | Disagree)

julesme
In 2018, I walked out of a Walgreens and he was standing right there in front of me. Big Fish is one of my favorites.
Score: 4 Votes (Like | Disagree)
Read All Comments

Thursday December 17, 2020 10:04 am PST by Juli Clover
Apple has picked up "The Last Days of Ptolemy Grey" starring Samuel L. Jackson for Apple TV+, reports Variety. The six-episode limited series is based on the novel of the same name written by Walter Mosley. Mosley is adapting the book for the television screen, with Jackson set to play titular character Ptolemy Grey. Grey is a 91-year-old recluse who has been all but forgotten and abandoned...
Read Full Article • 15 comments

Friday January 22, 2021 9:44 am PST by Joe Rossignol
Apple has placed a straight-to-series order for "Lessons in Chemistry," a 1960s-era drama series starring actress Brie Larson, according to Variety. The series is expected to begin streaming on Apple TV+ in spring 2022. The report notes that Larson will play Elizabeth Zott, whose dream of being a scientist is put on hold due to gender stereotypes:Set in the early 1960s, "Lessons in...
Read Full Article • 76 comments

Wednesday May 12, 2021 10:37 am PDT by Juli Clover
Apple today announced that it is teaming up with A24 for "The Tragedy of Macbeth," a drama that's set to star Denzel Washington and Frances McDormand. "The Tragedy of Macbeth" is directed by Joel Coen, and is based on "Macbeth" by William Shakespeare. It's the first film that's directed by just one Coen brother, and it will be in black and white. As a duo, the Coen brothers have produced hit ...
Read Full Article • 86 comments

Friday March 5, 2021 10:30 am PST by Juli Clover
Apple is working on a six-episode limited series called "In With The Devil," which is set to star Ray Liotta, Taron Egerton, and Paul Walter Hauser, reports Deadline. "In With The Devil" is based on the James Keene and Hillel Levin novel "In With The Devil: A Fallen Hero, A Serial Killer, and A Dangerous Bargain for Redemption," the true crime story of a football star who ends up in prison...
Read Full Article • 17 comments

Wednesday February 10, 2021 12:48 pm PST by Juli Clover
Claire Danes, known for "Homeland," is set to star in upcoming Apple TV+ series "Essex Serpent," reports Variety. When Apple inked a deal for the series back in August, it was meant to star Keira Knightly, but she exited the project in October. "Essex Serpent" is based on the Sarah Perry period novel of the same name. It follows the story of a newly widowed woman named Cora Seaborne who...
Read Full Article • 23 comments