Apple today announced it has awarded $410 million from its Advanced Manufacturing Fund to Pennsylvania-based II-VI, a manufacturer of optical technology. 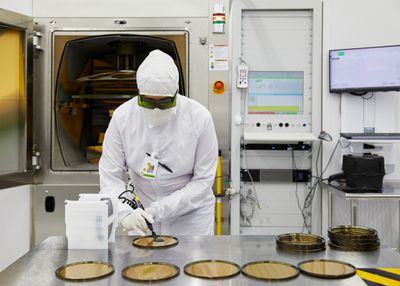 "We established Apple's Advanced Manufacturing Fund to support American businesses creating next-generation technology and the jobs of tomorrow," said Apple COO Jeff Williams. "II-VI shares our commitment to push the boundaries of innovation and we're proud to be extending our work together across the country."

Apple's Advanced Manufacturing Fund already awarded $390 million to optical supplier Finisar in 2017, and that company has since been acquired by II-VI.

totom_
Maybe II-IV could use some of these funds to come up with a better name.
Score: 13 Votes (Like | Disagree)

Maybe II-IV could use some of these funds to come up with a better name.

The above was copied and pasted from Wiki, but I‘ve known of this company since the mid 90’s.
Score: 11 Votes (Like | Disagree)

GuruZac
Awesome news. Love to see the work done in the US.
Score: 8 Votes (Like | Disagree)

robinp
This kind of hardware is going to be essential for a number of products:
- faceID on macs
- AR headset / glasses
- car

Of course they only mention iPhone, but lidar seems like it will be heading to many more Apple products beyond iPhone and iPad.
Score: 7 Votes (Like | Disagree)

Razorpit
As a current owner of Apple and II-IV, I approve! ?
Score: 6 Votes (Like | Disagree)
Read All Comments