Apple today confirmed to TechCrunch that the just-released macOS 11.3 software update patches a security vulnerability that reportedly could have allowed a hacker to remotely access a user's sensitive data by tricking a user into opening a spoofed document. 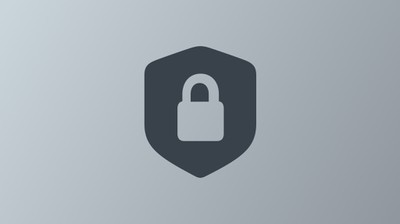 "All the user would need to do is double click — and no macOS prompts or warnings are generated," said security researcher Cedric Owens, who discovered the vulnerability in mid-March, according to the report. Owens developed a proof-of-concept app masquerading as a harmless document that exploits the bug to launch the Calculator app, but he said the vulnerability could be exploited for more nefarious purposes.

According to security researcher Patrick Wardle, the vulnerability was the result of a logic bug in macOS's underlying code.

"In simple terms, macOS apps aren't a single file but a bundle of different files that the app needs to work, including a property list file that tells the application where the files it depends on are located," explains TechCrunch. "But Owens found that taking out this property file and building the bundle with a particular structure could trick macOS into opening the bundle — and running the code inside — without triggering any warnings."

In addition to fixing the bug in macOS 11.3, Apple told TechCrunch it patched earlier macOS versions to prevent abuse, and updated macOS's built-in anti-malware system XProtect to block malware from exploiting the vulnerability. The report says the bug was exploited for months, but it's unclear how many users were impacted.

Apple is definitely protecting the consumers.

There‘s a good write up of the disastrous security flaw here ('https://objective-see.com/blog/blog_0x64.html').
Score: 3 Votes (Like | Disagree)

This is why the Mac App Store should remain closed, walled and protected... oh, wait...

And the solution is to......remove the store and protected systems in place? There will always be bad things that slip through. The only....ONLY way to achieve 100% secure system is if the Apple App Review process takes months. Have Apple developers look through your code and REALLY test it. But would developers like this?

There are still murders, robberies, other criminal acts. Does that mean the police does nothing?
Score: 3 Votes (Like | Disagree)

In simple terms, macOS apps aren't a single file but a bundle of different files that the app needs to work,

MauiPa
"The report says the bug was exploited for months, but it's unclear how many users were impacted." What report? A report is not mentioned in the article.
Score: 2 Votes (Like | Disagree)

lkrupp
Security updates for Mojave and Catalina out now that patch the same security issues.
Score: 2 Votes (Like | Disagree)
Read All Comments