Apple's online storefront is down in preparation for the launch of the AirTags and the new purple iPhone 12 models, which are set to be available starting at 5:00 a.m. Pacific Time or 8:00 a.m. Eastern Time in the United States. 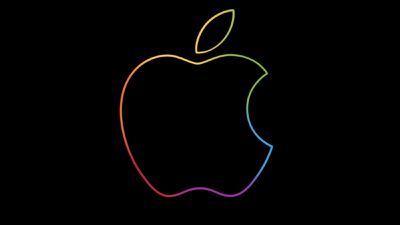 Ahead of new product launches, Apple often takes its online store offline in order to get ready for the influx of orders.

Announced at Tuesday's "Spring Loaded" event, ‌AirTags‌ are Apple's long-awaited Bluetooth item trackers that can be attached to wallets, keys, cameras, and more, allowing those items to be tracked in the Find My app.

‌AirTags‌ are priced at $29 each or $99 for four, and each AirTag can be engraved if desired. ‌AirTags‌ feature a user-replaceable CR2032 battery that lasts for a year, and they have an IP67 dust and water resistance rating.

There is no indication that the ‌AirTags‌ or the purple iPhone models will be available in limited quantities, but it's always a good idea to order early to get launch day delivery. ‌AirTags‌ and the new ‌iPhone‌ models will deliver to customers starting on Friday, April 30.

UltraInstinct
Seems a bit dramatic for AirTag and a new iPhone colour, was just browsing when it kicked me off the store!
Score: 26 Votes (Like | Disagree)

dguisinger
I've never understood why they can't be like any other e-commerce site and stay live during a catalog update.

Even if you pull the site down for product launches.... I don't see why they can't just flip the switch from greyed out add to cart to hey, you can buy it now. Several hours of downtime to allow ordering of a product you always announced just seems so, 1995.
Score: 22 Votes (Like | Disagree)

farewelwilliams
oh yeah. going to need to add a bunch of servers to handle all of 2 purple iPhone orders
Score: 15 Votes (Like | Disagree)

I've never understood why they can't be like any other e-commerce site and stay live during a catalog update.

Even if you pull the site down for product launches.... I don't see why they can't just flip the switch from greyed out add to cart to hey, you can buy it now. Several hours of downtime to allow ordering of a product you always announced just seems so, 1995.

Be thankful that Apple's e-commerce site still works at all! I remember during the RTX 30-series launch and during the PlayStation 5 and Xbox Series X | S launch, how horrendous it was and it still is! You can't guarantee yourself a new GPU or a new console even now!

At least, from Apple, you are guaranteed the hardware when you order it and you won't suffer the bad user experiences that you will get from these other hardware purchases.

So whatever Apple is doing with their e-commerce backend, it works! If they have to take the entire site off-line to prepare for the load, so be it. Even during the height of the pandemic, their site still worked seamlessly and even during the mad rush of the Holiday last year! Unlike the GPU and console purchases last holiday season....man...that was some experience!
Score: 15 Votes (Like | Disagree)

Cole Slaw
This shut the whole website down schtick is getting really, really old.
Score: 13 Votes (Like | Disagree)

Seems a bit dramatic for AirTag and a new iPhone colour, was just browsing when it kicked me off the store!

I was about to say - being in the West Coast, is it even worth it to wake up at 5 AM for the AirTags? I wonder how quickly delivery dates get pushed out.

EDIT: LOL, how cute I got downvoted for a serious question. I honestly wonder how demand for AirTags is, and if its even worth it to wake up early for it. Sorry if I don't normally wake up at 5 AM.
Score: 10 Votes (Like | Disagree)
Read All Comments