Verizon is planning to shut down its 3G network at the end of 2022, effectively ending 3G support, the company announced today. Verizon has pushed back the sunsetting of its 3G network several times now, but it sounds like a concrete end date has finally been established.

We will turn off the last of the 3G CDMA network on December 31, 2022, months after our competitors have shut off their networks completely. The date will not be extended again. We're communicating this again now in order to provide customers plenty of time to complete their migration.

Verizon first announced plans to shut down its 3G network in 2016, and at that time, said that 3G would cease working on December 31, 2019. Verizon ultimately delayed until the end of 2020 to give impacted customers more time to figure out their plans, and then in January 2021, said that the network would not be shut down in the near future.

Though Verizon has kept 3G up and running, it stopped activating 3G phones in July 2018. Verizon says that it has been working with customers who still have 3G devices to transfer them over to 4G and 5G phones, and less than one percent now use the 3G network.

Verizon is encouraging customers with a 3G device to transition to a 4G device now, and as the cutoff date approaches, 3G customers could see a degradation or complete loss of service, with service centers offering "limited troubleshooting help."

way too late Verizon, should have killed this long ago ...

For what it's worth, do consider that the final holdouts on these technology sunsets typically aren't people with ancient phones who are too cheap to upgrade.
It's connected passenger vehicles (OnStar, etc), fleet services, and other commercial/industrial users who have expensive embedded hardware on the network that is either expensive to replace, has no retrofit option available, or is significantly important for the role in which it was deployed.
Score: 16 Votes (Like | Disagree)

munpip214
There are still a lot of places (in the middle of nowhere) where I still rely on 3G while traveling. Hopefully they can spend some money on improving 4G coverage instead of blowing it all on 5G.
Score: 14 Votes (Like | Disagree)

adamjackson
Cool. Thanks Verizon. Glad to see my $150 a month is going to the future development of bringing LTE to my area? 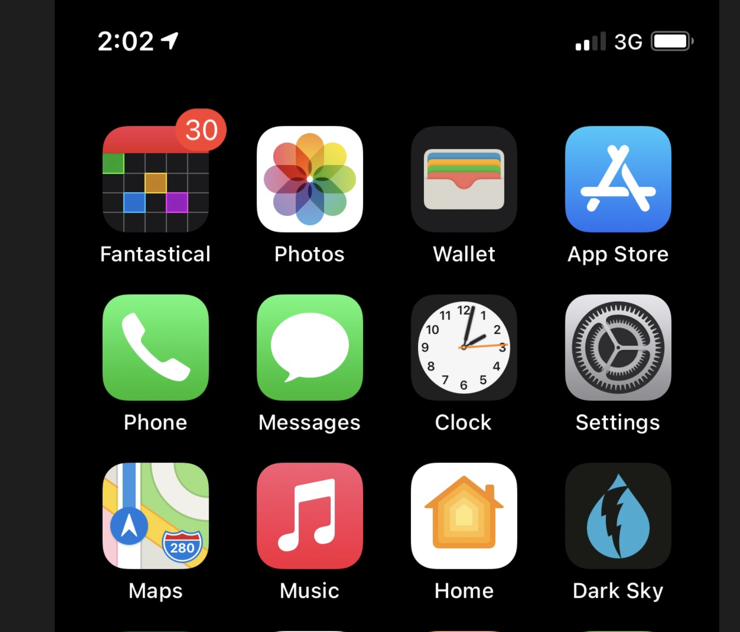 We’re communicating this again now in order to provide customers plenty of time to complete their migration.

Migrate to what? I'm using the latest hardware, I run a Verizon Booster which works a bit. This is so frustrating. Maybe they'll get LTE rolled out in my area by December?
Score: 11 Votes (Like | Disagree)

Cool. Thanks Verizon. Glad to see my $150 a month is going to the future development of bringing LTE to my area?

Migrate to what? I'm using the latest hardware, I run a Verizon Booster which works a bit. This is so frustrating. Maybe they'll get LTE rolled out in my area by December?

They’re shutting down the 3G network to refarm it into LTE. They have already said they intend to have the entire 3G footprint covered with LTE before the shut down.
Score: 11 Votes (Like | Disagree)

Does anyone know what this means specifically? Is VZW giving these holdouts discounts on newer devices? Or are they just being sent texts and communications asking them to upgrade their devices?
Score: 8 Votes (Like | Disagree)

I think my CPAP device to maintain my breathing while I sleep uses 3G to update itself.

And now you've hit on the real problem.

It's not about phones. Phones are easy enough to replace, most people switched to a 4G phone years ago.

The problem is the other devices that have cell service, like CPAP machines, cars, alarm systems, power grid systems, and all kinds of other embedded devices that aren't easily upgradeable. It's happened before, lots of things stopped working when 2G service was shut down.

My car had to have its 2G modem replaced when AT&T shut down 2G a few years back, I don't think there is a 4G modem module for it, which means the components that use cell service in the car will simply stop working when AT&T 3G shuts down. Not really a huge loss for me, but things like remote unlock and remote start from the app won't work any more.
Score: 6 Votes (Like | Disagree)
Read All Comments