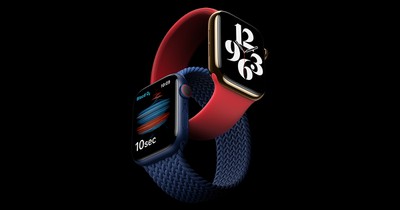 As noted by Gurman, this isn't the first time Apple has considered a rugged smartwatch. The company mulled releasing a model to appeal to extreme sports athletes alongside the original Apple Watch, which launched in 2015.

If Apple goes ahead this time, the rugged version would be an additional model similar to how Apple offers a lower-cost option called the Apple Watch SE and special editions co-branded with Nike Inc. and Hermes International. Sometimes dubbed the "Explorer Edition" inside Apple, the product would have the same functionality as a standard Apple Watch but with extra impact-resistance and protection in the vein of Casio's G-Shock watches.

The latest Apple Watch models are water resistant to 50 meters, but Gurman suggests that Apple could make a new device more "rugged" by giving it a rubberized casing, making it more resistant to damage in extreme environments compared to the current lineup of aluminum, titanium, and stainless steel cases.

Apple typically launches new Apple Watch models in September, but rumors are thin on the ground when it comes to a Series 7 model. According to Korean site ETNews, Apple will add blood glucose monitoring capabilities to the Apple Watch Series 7 using a non-invasive optical sensor.

Other rumors indicate a future version of the Apple Watch may adopt solid state buttons that don't physically click but instead provide haptic feedback to users when the buttons are touched, but it's not clear when this is coming.

jyw104
If they go rugged (and presumably an enlarged case), make the battery bigger. No good doing extreme sports/endurance events without worrying about the battery conking out halfway through.
Score: 24 Votes (Like | Disagree)

firewire9000
I would love to see an Apple Watch more like a Casio G-Shock.
Score: 14 Votes (Like | Disagree)

scubachap
I've often wondered why they haven't done this. They could probably own the dive computer market in a couple years. (One universal device that you swop and change deco software as you needed using apps.) Garmin are dipping their toes into the water (sorry!) with their descent but it feels proprietary and eye wateringly expensive.
Score: 9 Votes (Like | Disagree)

iBluetooth
This makes sense as the market gets larger.
Score: 6 Votes (Like | Disagree)

But to your point, the rest look terrible outside of their intended use case.

Garmin watches look that way for reason. They are hardy and designed to take knocks without losing a sweat. It's also why I switch back to my old g-shock watch whenever I had to go back for my 2-week military training every year in the past, because I was afraid of accidentally damaging my apple watch while moving heavy equipment or during outfield exercises, didn't want to fuss over battery life and needed a device with a second hand to time-hack.

Apple's smartwatches are intended to look trendy and fashionable and you would ideally be as comfortable wearing them to a fancy dinner as much as you would go swimming with it. I am not sure Apple can maintain its fashion aspect while retaining the metallic finish.
Score: 5 Votes (Like | Disagree)

Mike_Trivisonno
Make a rugged iPhone next!
Score: 5 Votes (Like | Disagree)
Read All Comments

Tuesday September 15, 2020 12:03 pm PDT by Juli Clover
With the launch of the Apple Watch Series 6, Apple has discontinued the higher-end premium ceramic Apple Watch models that were previously available. Apple Watch Series 6 materials include aluminum, stainless steel, and titanium, which was introduced last year, but no ceramic. The aluminum models come in silver, gold, and space gray, plus there are new blue and (PRODUCT)RED color options. ...
Read Full Article • 146 comments

Wednesday February 3, 2021 10:16 am PST by Juli Clover
Back in 2016 when the Apple Watch was still a relatively new device, Swiss watch maker H. Moser & Cie came out with a high-end mechanical Apple Watch clone called the Swiss Alp Watch, featuring a rectangular watch face with curved, round edges, a crown at the side, and Apple Watch style lugs. H. Moser & Cie today debuted a followup to the original Swiss Alp Watch, introducing the $30,800...
Read Full Article • 121 comments

Tuesday March 23, 2021 5:45 am PDT by Hartley Charlton
Apple is researching a potential radical redesign for the Apple Watch, including a rounded watch face, wrap-around flexible display, and digitally-customizable watch bands, according to a newly-granted patent filing. The patent, spotted by MacRumors earlier today, is titled "Display Module and System Applications" and was filed with the United States Patent and Trademark Office. The...
Read Full Article • 92 comments