Retro arcade games can be played on iPhone, iPad, Apple TV, Chrome, and Android devices. Setup requires a Plex Media server on Windows or macOS, and any Bluetooth or USB game controller is compatible. Plex says that it recommends a Sony DualShock 4 or Xbox One controller for the best performance. 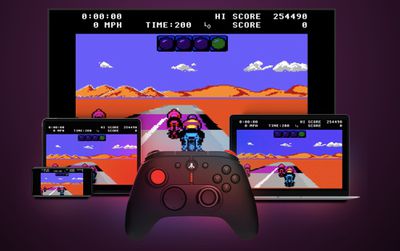 Along with these built-in games, Plex Arcade supports user-owned ROMs and has metadata for a wide range of retro cartridge based systems like Atari, Sega, Nintendo, and Arcade, with support for more titles coming in the future.

Plex has an FAQ with additional information about Plex Arcade.

ArPe
Retroarch and OpenEmu are free.
Score: 15 Votes (Like | Disagree)

Absolutely absurd that Plex Pass owners/subscribers have to pay additional fee for this. Ridiculous.

Because many people bought a $75 lifetime pass and Plex has to play parsec a monthly fee to offer this service. Do you think everything should be free? You paid $75 and got exactly what Plex was. More more more
Score: 15 Votes (Like | Disagree)

aaronhead14
Absolutely absurd that Plex Pass owners/subscribers have to pay additional fee for this. Ridiculous.
Score: 12 Votes (Like | Disagree)

To be fair, those 70s/80s games are largely better than what Apple Arcade offers.
Score: 9 Votes (Like | Disagree)

Looks like fun to try out for a couple of months.

OpenEmu is the one emu app that "just works," the rest are indeed a time sink. It's Mac-only, so you know they focused on proper Mac support. Like, setting up OpenEmu probably takes less time than setting up Plex.
Score: 7 Votes (Like | Disagree)