Apple CEO Tim Cook gifted former United States President Donald Trump with the first 2019 Mac Pro that came off of the assembly line in Austin, Texas, according to a financial disclosure report that was released today (via The Verge). 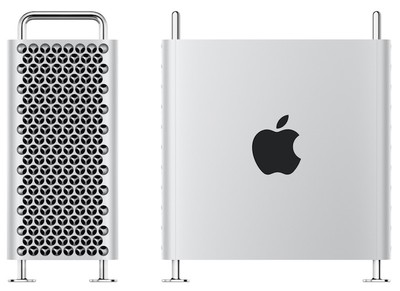 "‌Mac Pro‌ Computer, the first created at the Flex Factory in Austin, Texas," reads the entry, which values the machine at $5,999, the base price for a ‌Mac Pro‌. The ‌Mac Pro‌ would not have been the very first from the Flex Factory because the facility was also used for 2013 ‌Mac Pro‌ assembly.

Check out the gifts that people –– including the CEOs of @Boeing, @Ford and @Apple –– gave Trump. (from his final financial disclosure report, released today) https://t.co/nJYwiIxvAB pic.twitter.com/WiZP5HZ3EJ — David Enrich (@davidenrich) January 21, 2021

Apple's Austin, Texas facility continues to be used to assemble the ‌Mac Pro‌, with the machines shipped across the United States.