Apple is considering launching a new subscription service that would be focused on podcasts, according to unnamed sources that spoke to The Information. The service would charge people to listen to podcasts. 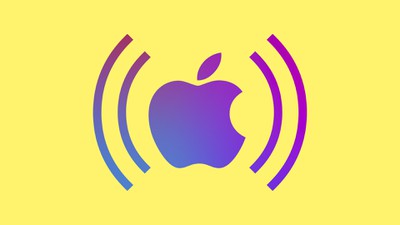 By creating a paid podcasting service, Apple could potentially lure podcast creators with the promise of more money, stealing them away from other platforms like Spotify, SiriusXM, and Amazon.

Apple has long had a popular Podcasts app and has maintained a podcast distribution service on its Mac and iOS platforms, but Apple has not to date attempted to make money from it.

Over the course of the last couple of years, the podcast market has grown and Apple's rivals like Spotify have been snapping up major podcasting names, leading to consolidation in the industry. As The Information points out, Spotify has spent $800 million buying podcasting companies like Gimlet Media and The Ringer, as well as acquiring the rights to popular podcasts like The Joe Rogan Experience.

In the future, many podcasts may be exclusive to specific platforms and may also come with a subscription fee, and Apple could establish itself as one of the first companies to have a dedicated podcasting service.

Apple has been building out its podcast efforts in recent years. Rumors from Bloomberg have suggested Apple is working on original podcasts that will be exclusive to the podcasts app.

Apple plans to purchase original content and will also create audio spinoffs of existing movies and programs on Apple TV+. In the fall, Apple hired Jake Shapiro, a veteran radio executive, to head up a team working with podcast creators.

According to The Information, talks between Apple and production companies for a podcast service are taking place now, but it continues to be unclear if Apple will follow through and launch the service. If it does launch, it could be bundled with other services like Apple Music, ‌Apple TV+‌, Apple Arcade, and Apple News+ as part of the Apple One bundles that the company offers.

The possibility of a paid podcasting service was raised by Loup Ventures analysts earlier this month in a report that suggested Apple could be working on a range of new paid services including Podcasts+, Stocks+, and Mail+.

Update 10:24 a.m.: Bloomberg is corroborating the claim, citing its own sources claiming that Apple "has discussed the plan to create a subscription service with its partners."

djeeyore25
Finally! I was getting tired of listening to free podcasts.
Score: 62 Votes (Like | Disagree)

CaTOAGU
FFS Does anyone who listens to podcasts want a bloody subscription service for them?
Score: 39 Votes (Like | Disagree)

ChrisMoBro
The subscription-based business model is getting out of hand.
Score: 34 Votes (Like | Disagree)

avatar77
If only Apple had a paid subscription music service with which they could bundle podcasts to compete with Spotify and their bundled podcast/music service.
Score: 23 Votes (Like | Disagree)

FFS Does anyone who listens to podcasts want a bloody subscription service for them?

The subscription-based business model is getting out of hand.

Yet another subscription... don’t know whether Apple could get away with charging for Apple Music and Podcasts when Spotify does both for one price. Maybe Apple One bundle could compete with Spotify’s price.

I'm gonna create an app to keep track of all your subscriptions.

Plot twist... it has a subscription!

Runs For Fun
I really don't like this direction everyone is taking podcasts. This whole subscription and exclusivity goes against the way podcasts were intended to work. Podcasting is a pretty open ecosystem and I really feel it needs to stay that way.
Score: 12 Votes (Like | Disagree)
Read All Comments

Wednesday December 2, 2020 1:05 pm PST by Juli Clover
Amazon is in exclusive talks with podcast startup Wondery about a potential acquisition, reports The Wall Street Journal. Rumors earlier this month suggested that Wondery had also held talks with Apple and Sony Music Entertainment as it shopped for a buyer. Wondery is said to be looking for $300 to $400 million, and it is known for popular true crime podcasts that include "Dirty John," "Over ...
Read Full Article • 14 comments

Thursday December 31, 2020 4:07 am PST by Tim Hardwick
Amazon has announced it is acquiring Wondery, the podcast startup that reportedly held talks with Apple last month as it shopped for a buyer. In a press release, Amazon said that Wondery had signed an agreement to join Amazon Music, bringing popular podcasts like "Dirty John" and "Dr. Death" into the streaming service's existing podcast offering. We're pleased to announce that Wondery has...
Read Full Article • 20 comments

Apple Podcasts Can Now Be Embedded on the Web

Monday November 16, 2020 10:57 am PST by Juli Clover
Starting today, Apple is making an Apple Podcasts web player that can be embedded on webpages available to everyone through the Apple Podcasts Marketing Tools website or through Apple Podcasts Preview pages. What the Apple Podcasts webpage embed looks like As TechCrunch points out, this tool will let creators, marketers, and podcast fans create embed codes for any of the podcasts that are...
Read Full Article • 14 comments

Tuesday July 21, 2020 8:35 am PDT by Mitchel Broussard
Spotify today announced a new video podcast feature for select podcasts, available in all markets where podcasts are supported. With the update, Spotify Premium and free users will be able to watch podcasts that have recorded video on the platform. Spotify said that at launch, podcasts with video include "Book of Basketball 2.0," "Fantasy Footballers," "The Misfits Podcast," "H3 Podcast," "Th...
Read Full Article • 53 comments