Ahead of CES 2021 next week, Sony has introduced new 4K OLED, 4K LED, and 8K LED smart TV models with support for HomeKit and AirPlay 2. 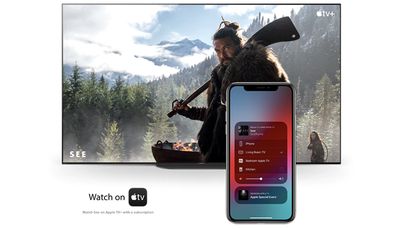 All of the TVs announced this week feature Sony's artificial intelligence technology, known as the Cognitive Processor XR, for continuously optimized picture and sound quality. Other features and specs include Google TV support, Google Assistant and Amazon Alexa integration, HDMI 2.1 compatibility, and more.

vipergts2207
My TVs will always be Sonys. Fantastic picture quality and reliability. My 10 year old XBR that currently resides in the bedroom is still going strong. Replaced with an XBR900E a few years ago in the living room. Next TV will probably be an OLED model in a year or two.
Score: 12 Votes (Like | Disagree)

David Rodgers
I managed to get a free Apple TV 4K with my broadband provider 8 months ago and I’ve just got a 4K tv after years of refusing to go for a non HDR panel, the ‘smart’ telly is meh aside from the fantastic screen but the Apple TV literally sorts every problem I could’ve had with that TV, my point of all this is that they may come with Airplay but you can find great TV’s without them and transform them with a good ATV4k box for hundreds less than these Airplay 2 compatible machines ??
Score: 4 Votes (Like | Disagree)

LeadingHeat
If these are truly HomeKit compatible, does that mean that if I have a HomeKit Secure Router that I can lock it down to not phone home? That could be awesome. As of now I turn off all “smart” features on TVs and just use an Apple TV box.
Score: 3 Votes (Like | Disagree)

If these are truly HomeKit compatible, does that mean that if I have a HomeKit Secure Router that I can lock it down to not phone home? That could be awesome. As of now I turn off all “smart” features on TVs and just use an Apple TV box.

Problem is these processors aren’t really ‘Apple TV box’ powerful the A10X is a beast! I agree though my new TV(Hitachi) has an excellent panel but it really falls off at the software(Android TV is meh to me, especially compared to TVOS)
Score: 2 Votes (Like | Disagree)
Read All Comments

Tuesday February 15, 2022 2:16 pm PST by Juli Clover
Sony today announced the launch of the LinkBuds, which are the company's latest true wireless earbud product. The LinkBuds have a unique open air design that's not quite like any other earbud on the market. Available in black or white, the LinkBuds have a donut-shaped earpiece that goes in the ear. As with the AirPods 3, there are no foam or silicone tips included with the LinkBuds, with the ...
Read Full Article • 122 comments

Tuesday July 5, 2022 5:53 am PDT by Hartley Charlton
European Union lawmakers have approved landmark legislation to heavily regulate Apple, Google, Meta, and other big tech firms. The Digital Markets Act (DMA) and Digital Services Act (DSA) were proposed by the European Commission in December 2020. Now, collected in a "Digital Services Package," the legislation has been formally adopted by the European Parliament and seeks to address...
Read Full Article • 624 comments