Both Apple and Google this week told developers that they need to remove X-Mode Social tracking software from all of their apps or risk a ban, reports The Wall Street Journal. Apple and Google are aiming to prevent X-Mode Social from collecting location information from smartphones after it became clear that the company has provided data to U.S. defense contractors. 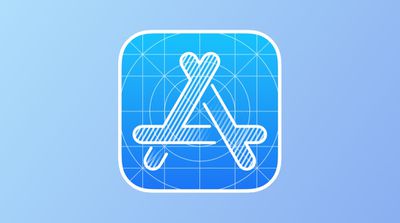 Last month, Vice published a piece on how X-Mode collects data directly from apps and then sells it to government contractors that then pass it along to the U.S. military. X-Mode pays developers to include its SDK in their apps, and in April, X-Mode's CEO said that it tracks more than 25 million devices in the United States and 40 million elsewhere.

That led to a government investigation into the sale of the data, which in turn led to the Apple and Google ban. X-Mode has since claimed that it is reevaluating its government work and that it has been unfairly singled out because many other companies collect similar data.

"A ban on X-Mode's SDK would have broader ecosystem implications considering X-Mode collects similar mobile app data as most advertising SDKs, and Apple and Google would be setting the precedent that they can determine private enterprises' ability to collect and use mobile app data," the company said.

In a statement, Senator Ron Wyden, who launched an investigation into X-Mode, said that Apple and Google are "doing the right thing."

"Americans are sick of learning about apps selling their location information and other sensitive data to anyone with a checkbook, including to the government," Mr. Wyden said. "Apple and Google deserve credit for doing the right thing and exiling X-Mode Social, the most high-profile tracking company, from their app stores. But there's still far more work to be done to protect Americans' privacy, including rooting out the many other data brokers that are siphoning data from Americans' phones."

Apple is working to cut down on other apps that use the same tracking methods. In iOS 14.3, Apple is implementing a new App Store feature that requires developers to clearly disclose what data is collected from the people who use their apps, and starting next year, apps will also have to get user permission to track people across apps and websites.

larrylaffer
Apple needs to make fundamental platform changes to stop these things from being possible in the first place. They shouldn't need to suddenly learn that things are happening because other people are finding it.

I'd add Google to the list but they don't even bother to pretend they have a privacy-focused approach.
Score: 32 Votes (Like | Disagree)

ksgant
Google condemned X-Mode, saying "We do not in any way condone what X-Mode has done in collecting data and tracking information about our customers, because THAT'S OUR FRICKEN JOB! If you need the data, our rates are reasonable"
Score: 24 Votes (Like | Disagree)

dannyyankou
The fact that defense contractors have access to our location data is ****ing scary
Score: 18 Votes (Like | Disagree)

Apple needs to make fundamental platform changes to stop these things from being possible in the first place. They shouldn't need to suddenly learn that things are happening because other people are finding it.

I'd add Google to the list but they don't even bother to pretend they have a privacy-focused approach.

I find them pretty proactive actually. They lead the industry in the sense. They’ve made privacy part of their brand and it’s damaging and embarrassing to them when issues come to light. I think they do make a lot of effort to keep ahead of if all.
Score: 16 Votes (Like | Disagree)

Rorosbutt
Is there a way for users to see if they have apps that do this?
Score: 12 Votes (Like | Disagree)
Read All Comments