Apple has today announced that its fitness subcription service, Apple Fitness+, is set to launch on Monday, December 14. 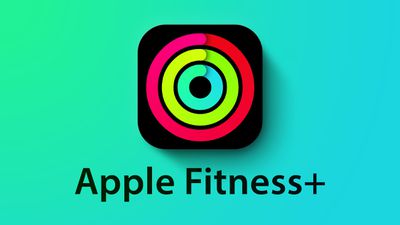 Apple Fitness+ syncs information from your Apple Watch with the workout video on an ‌Apple TV‌, ‌iPad‌, or iPhone. This allows users to see their heart rate, calories burned, and activity rings as they follow the moves from the instructors on screen.

Fitness+ includes workouts for yoga, cycling, dance, strength, core, HIIT, rowing, and more. Apple noted that many of the workouts do not need any equipment, and at most just require a set of dumbbells.

The service will be refreshed with new workouts every week. Users will also be able to choose custom music while exercising, with options that sync with Apple Music.

Fitness+ will be located in the Fitness app on iOS, and there will be a new app for the ‌‌Apple TV‌‌. The service costs $9.99 per month or $79.99 per year. Apple is offering three free months of Apple Fitness+ with new Apple Watch purchases. It is also part of the Apple One Premier bundle for $29.99.

rcooked
Don’t think I’ve looked as forward to any Apple Service as much as this one. Should be well down, and give me a health boost.
Score: 17 Votes (Like | Disagree)

iMatt.
Looking forward to making the most of this before Christmas, only to undo all my hard work in 2 days
Score: 13 Votes (Like | Disagree)

Still don't understand why this is US speaking countries only. It's almost as if no one else speaks English...

US speaking? You mean English speaking?
Score: 11 Votes (Like | Disagree)

Justin Cymbal
Definitely looking forward to this! I have the Apple One bundle which includes this so my family will get to use this as well!

It’s nice that so many fitness equipment companies are partnering with Apple to make Apple Fitness+ gear!
Score: 8 Votes (Like | Disagree)

rk-apple
Beats a gym fee especially in a time of COVID!
Score: 6 Votes (Like | Disagree)