This year, Twitter has been testing threaded replies for some iOS and web users, with the aim of making it easier to see how conversations evolve. However, it turns out the new-look, Reddit-style replies were actually more confusing for users of the typical conversation interface, and the company has decided to roll back the changes. 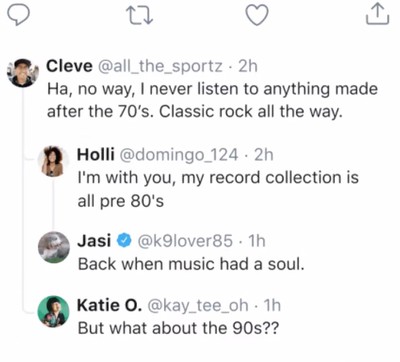 Those who trialed the new layout for replies saw lines and indentations that were supposed to make it clearer who is talking to whom and to fit more of the conversation in one view. Twitter also put engagement actions such as Like, Retweet, and Reply icons behind an extra tap in an effort to make replies to conversations easier to follow. The features were first trialed in the experimental twttr beta app and then added to the regular app a few months later.

But negative user feedback made the company revert the branching Twitter conversations to the classic arrangement, with many finding the style harder to read and join conversations. Twitter's Comms account said users would no longer see the threaded replies from Thursday.

Some learnings:
*the new look made convos harder to read & join – we’re exploring other ways to make this easier.
*you want more context about who you're talking to – we're working to add this.
*you want more control – we’re iterating on our convo settings.https://t.co/UzS08x4Jcf — Twitter Comms (@TwitterComms) December 3, 2020

Twitter hasn't given up on making it easier to follow conversations, and the company said it would continue to work on adding more context about who users are talking to, with a view to iterating its conversation settings to increase control. It seems the twttr beta app will no longer be ground zero for future experimental features on the social platform, though – Twitter said it is deactivating the app for the foreseeable future.
Tag: Twitter
[ 56 comments ]

GeoStructural
I have never understood the appeal of Twitter. I only have an account as a placeholder for my business but I don’t even know how to use it, it is not the most user friendly or feature rich network.
Score: 18 Votes (Like | Disagree)

aroom
now they can end fleets all the same...
Score: 13 Votes (Like | Disagree)

farewelwilliams
so how can we voice our negative feedback about a lack of an edit button?
Score: 12 Votes (Like | Disagree)

now they can end fleets all the same...

Too many websites are copying the "stories" feature. I've seen it almost everywhere and I'm tired of it. Just stop.
Score: 11 Votes (Like | Disagree)

So Twitter wanted to be more like Reddit? When searching for stuff on inter webs, my default is to avoid Reddit. It just looks awful. How anyone can glean useful information from such a mess is a mystery to me.

Reddit works just like a file browser. I don't understand how you could be confused by it.

Friday May 7, 2021 2:07 pm PDT by Juli Clover
Amazon today announced that it is teaming up with Tile to add Amazon Sidewalk integration to Tile's Bluetooth trackers. Amazon Sidewalk, for those unfamiliar, is a network of Amazon Bluetooth devices that's designed to improve the connectivity of devices like the Ring and Amazon Echo. Tile will now be joining Amazon Sidewalk, and through this integration, Amazon Echo and Ring devices will be ...
Read Full Article • 157 comments