Developer Alexander Graf has successfully virtualized the Arm version of Windows on an M1 Mac, proving that the ‌M1‌ chip is capable of running Microsoft's operating system (via The 8-Bit). 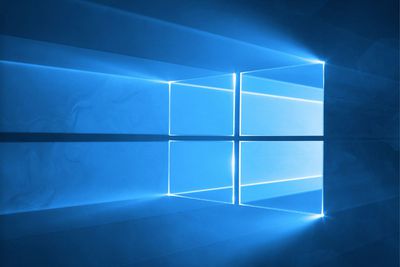 Currently, Macs with the ‌M1‌ chip do not support Windows and there is no Boot Camp feature as there is on Intel Macs, but support for Windows is a feature that many users would like to see.

Using the open-source QEMU virtualizer, Graf was able to virtualize the Arm version of Windows on Apple's ‌M1‌ chip, with no emulation. Since the ‌M1‌ chip is a custom Arm SoC, it is no longer possible to install the x86 version of Windows or x86 Windows apps using Boot Camp, as was the case with previous Intel-based Macs. However, he said in a Tweet that when virtualized on an ‌M1‌ Mac, "Windows ARM64 can run x86 applications really well. It's not as fast as Rosetta 2, but close."

Graf was able to run the Windows ARM64 Insider Preview by virtualizing it through the Hypervisor.framework. Apple says this allows users to interact with virtualization technologies without having to write kernel extensions (KEXTs).

Graf applied a custom patch to the QEMU virtualizer, which is said to be known for "achieving near-native performance" by executing the guest code directly on the host CPU. This means that the Arm version of Windows can be virtualized on ‌M1‌ Macs with excellent performance.

Although Graf's experiment is still at an early stage, he believes others could reproduce his results. "It's early days for this. It's definitely possible to reproduce my results - all patches are on the mailing list - but don't expect a stable, fully functional system yet," he said. Above all, Graf has demonstrated that Windows is able to run on ‌M1‌ Macs.

Apple's software engineering chief Craig Federighi recently said that Windows coming to ‌M1‌ Macs is "up to Microsoft." The ‌M1‌ chip contains the core technologies needed to run Windows, but Microsoft has to decide whether to license its Arm version of Windows to Mac users.

This is not that big of a news. Windows lacks something like Rosetta so running the ARM version is much more painful. You can't run x86 apps.

Actually it does have something like Rosetta 2 (just not as good). From the article: "Windows ARM64 can run x86 applications really well. It's not as fast as Rosetta 2, but close."
Score: 36 Votes (Like | Disagree)

sooner or later, Im sure microsoft will sell an ARM version of windows.

I wonder if it will cost just an arm or an arm and a leg....Sorry for the bad joke.
Score: 26 Votes (Like | Disagree)

I wonder why they made the effort to compile and install it as a default app...

Does that mean we should get 16GB RAM because Windows is so inefficient with memory? :eek:

Guess you haven't used Windows in a while.
Runs very well even on computers with 4GB of ram.
Some apps are poorly optimized, but Win 10 is not the issue. 8GB seems to be the standard build these days.
Score: 17 Votes (Like | Disagree)

It's unlikely that the 4 less powerful core is usable on Windows 10.

Microsoft didn't publish the data how many percentage of battery life it saved and if it is compatible at all.

Since your comment and opinion is more important than everybody elses and deserves to stand out, I just wanted to thank you for using large text - especially in your signature. If you hadn't done that I might have missed them!
Score: 14 Votes (Like | Disagree)

Mr. Awesome
Amazing how Apple is causing more attention for ARM Windows than ARM PCs are.
Score: 13 Votes (Like | Disagree)
Read All Comments