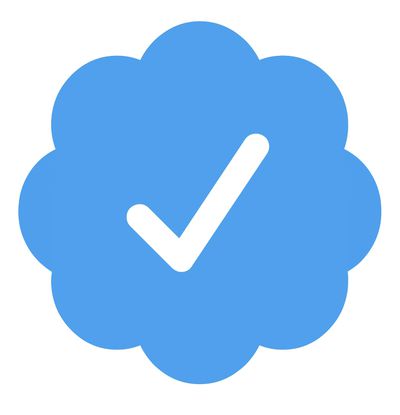 Twitter will re-open account verification requests early next year, the company announced this week, bringing brand-new guidelines for users seeking the little tick next to their Twitter handle.

Rumors that Twitter has been working on a new verification system first appeared in June, but the company has now officially confirmed its return in a blog post, in which it asked for feedback on a draft proposal for verification.

"We plan to relaunch verification, including a new public application process, in early 2021," the company said. "But first, we need to update our verification policy with your help. This policy will lay the foundation for future improvements by defining what verification means, who is eligible for verification and why some accounts might lose verification to ensure the process is more equitable."

Assuming the proposal stays the same, accounts that will be eligible for verification include government officials, companies, brands and nonprofit organizations, news outlets and freelance journalists, entertainment and sports, activists, organizers, and other influential individuals.

If a profile becomes inactive or incomplete, the proposals suggest it could be stripped of verification, while accounts that fail to adhere to the social network's rules could also lose their verified status.

Twitter is asking users to fill in a survey on how the verification process should be operated, and says it's working with organizations for additional feedback. Going into 2021, the company says it also plans to give Twitter users more ways to identify themselves, such as new account types and labels, although what form they will take has yet to be revealed.

That about sums up the cesspool of political activism that is twitter. The tool by which we mob people and destroy their lives for mistakes they made 10 years ago.
Score: 22 Votes (Like | Disagree)

Marbles1
Verified accounts should be prohibited from changing their handles rapidly. In the Uk the Conservative party did this to pretend it was 'FactCheckUK' during one of the election debates.
Score: 17 Votes (Like | Disagree)

If this is true, I honestly feel sorry for you.

If you honestly think it was true, then I feel sorry for you
Score: 17 Votes (Like | Disagree)

and 1989 others
I honestly do not know why people still use Twitter. It literally provides nothing of any value to your life.
Score: 16 Votes (Like | Disagree)

Kirkster
Is twitter still a thing? Last I saw it was just a place for people to post snarky random sentences, and others to post back about how dumb they are for said random sentence.
Score: 15 Votes (Like | Disagree)

Enlightened Doggo
Twitter seems to be progressively engineering with the intent of stratifying people into a social hierarchy, where for some godforsaken reason journalists' troll accounts unbound from editorial review are considered authoritative.
Score: 14 Votes (Like | Disagree)
Read All Comments

Tuesday August 31, 2021 1:07 pm PDT by Steve Moser
Twitter's latest beta update introduces support for providing content creators with Bitcoin tips using the "Tip Jar" feature that Twitter introduced earlier this year. Bitcoin isn't yet available to select as a tip option for beta users, but code in the beta suggests that Twitter is in the process of rolling it out. When the Tip Jar was first introduced, Twitter allowed users to add...
Read Full Article • 43 comments

Monday August 2, 2021 12:24 pm PDT by Juli Clover
Twitter's "Sign in With Apple" feature is now widely available to iPhone and iPad users, following a beta test earlier this month. Downloading the Twitter app presents an option to "Continue with Apple," which is available alongside the "Continue with Google" or "Create Account" options. Sign on with ease and start scrolling your timeline. Now, when you log in or sign up to join the ...
Read Full Article • 15 comments

Tuesday July 5, 2022 5:53 am PDT by Hartley Charlton
European Union lawmakers have approved landmark legislation to heavily regulate Apple, Google, Meta, and other big tech firms. The Digital Markets Act (DMA) and Digital Services Act (DSA) were proposed by the European Commission in December 2020. Now, collected in a "Digital Services Package," the legislation has been formally adopted by the European Parliament and seeks to address...
Read Full Article • 640 comments