Following Apple's unveiling this week of M1-powered Macs, Microsoft has released a new version of its Mac Office 2019 for Mac that includes support for macOS Big Sur and compatibility with Apple Silicon machines. 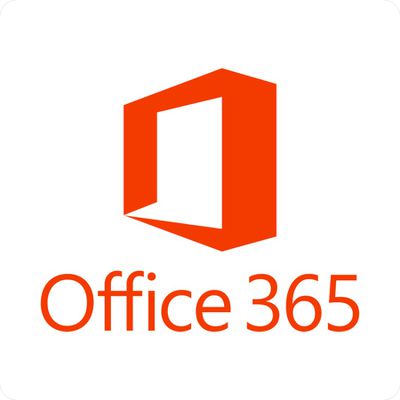 Thanks to Apple's Rosetta 2 translation software, Apple's M1-powered Macs can run x86-64 code that's written for Intel Macs. In contrast to OG Rosetta – the version that allowed PowerPC apps to run on Intel-based Macs – code isn't interpreted in real-time. Instead, the Rosetta 2 translation process happens entirely on first launch, though there is a slight performance hit as the initial x86–64 translation of instructions takes place.

Microsoft's announcement sheds light on how the back-end work manifests to the user when its apps are initially launched:

Are there any performance considerations for running Office under Rosetta 2 translation?

The first launch of each Office app will take longer as the operating system has to generate optimized code for the Apple Silicon processor. Users will notice that the apps 'bounce' in the dock for approximately 20 seconds while this process completes. Subsequent app launches will be fast.

Microsoft advises users to install the November 2020 release (build 16.43), or later, which includes the latest optimizations for macOS 11 Big Sur. This build will eventually need to be replaced by a version that uses the new Universal 2 binary format that was introduced at 2020 WWDC in June.

Apple says Rosetta 2 is a temporary solution for developers to make their existing Intel-based programs to run on Arm-based Macs, meaning they will eventually need to create native apps for ‌Apple Silicon‌ machines. Notably, Apple ended support for OG Rosetta three years after its release.

Update: The original article incorrectly referred to this build of Office for Mac as a "Universal build," however that version is reportedly only currently available to users enrolled on Microsoft's "Insider Fast" Beta channel, and is yet to have been given a final release date.

G5isAlive
I’m confused, why if this is a native port, is there so much in the article about Rosetta 2? Is it native silicon code or not? Or did they just do something to help Rosetta 2?
Score: 10 Votes (Like | Disagree)

Mazda 3s
I’m really confused, this doesn’t sound like a port if it’s just using Rosetta 2. Isn’t that just what all x86-64 apps would be using to run on an Apple Silicon Mac? Pretty much any non-Apple app you already have installed?

So why would Microsoft have to release a new beta just to use Rosetta 2? Can someone please explain this to me? :)
Score: 9 Votes (Like | Disagree)

steve217
This looked like a hair on my monitor...

Radeon85
So MS gets this ported to the new silicon very quickly, but Adobe may not have their programs like Photoshop ported until early 2021, great job Adobe, lazy sods.
Score: 9 Votes (Like | Disagree)

timmyh
Just updated the article after speaking with Microsoft. Universal build with native ARM64 code is in the Beta Channel. This public release (build 16.43) is not that version. Apologies for the confusion.
Score: 8 Votes (Like | Disagree)

James_C
Microsoft are much more on the ball this time with the move to Apple Silicon - I remember the pain of having to use Office via Rosetta during the prior PowerPC to Intel transition, Microsoft took forever to release a Intel version of Office for the Mac.
Score: 7 Votes (Like | Disagree)
Read All Comments

Thursday January 13, 2022 1:01 am PST by Sami Fathi
Following limited testing of native support, Dropbox's Mac app built for Apple silicon is now available to all beta testers. Earlier this month, Dropbox began testing native Apple silicon support with a handful of beta testers, promising to expand testing to all beta users before the end of the month. Now, all Dropbox users who have enabled "Early releases" in their account preferences will...
Read Full Article • 57 comments