Apple today seeded a new beta of the upcoming macOS 11 Big Sur update to its public beta testing group, allowing non-developers to give the software a try ahead of its public release this fall. The new beta release for public testers comes a few weeks after the last beta, and a day after the ninth beta was seeded to developers. 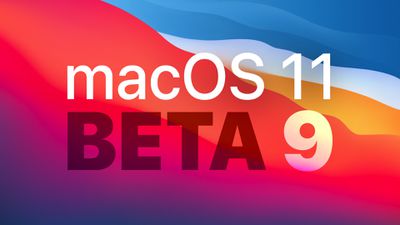 4jasontv
Does this fix the [obscure use case] bug? MacOS is useless unless until they fix this!

Martyimac
Everything I had posted feedback on is now fixed. :)
Score: 4 Votes (Like | Disagree)

Any way of seeing the build number before you download it? I'm not sure which i am downloading through software update.

Here is the list of full installers currently available to public beta testers via software update:


You can then go to Library/Updates to see which pid is downloading:

Is this Beta 10? My browser has the same image/graphic for this article as yesterday's update article, both say OS11 Beta9. Is this a sub like 9.1 maybe?

This is the public beta, yesterday was the developer beta. Both beta 9...
Score: 3 Votes (Like | Disagree)

Any way of seeing the build number before you download it? I'm not sure which i am downloading through software update.

imran5720
Anxious to install it when released , when is it coming out
Score: 2 Votes (Like | Disagree)
Read All Comments