Apple today announced that it plans to open its online store in India on Wednesday, September 23, providing customers located in India with a way to purchase iPhones, Macs, iPads, and more directly from Apple.

"We're proud to be expanding in India and want to do all we can to support our customers and their communities," said Deirdre O'Brien, Apple's senior vice president of Retail + People. "We know our users are relying on technology to stay connected, engage in learning, and tap into their creativity, and by bringing the Apple Store online to India, we are offering our customers the very best ofApple at this important time."

Apple's online store will also feature Apple Specialists able to help with ordering products and setting up new devices, with customers able to get help in English and Hindi.

With the store, Apple will introduce financing options and a trade-in program, along with EDU pricing for students. Starting in October, Apple will also host free online Today at Apple sessions led by local Creative Pros with a focus on photography and music.

India in August 2019 relaxed the rules, providing a way for Apple to operate an online store in the country. Apple also intends to open up retail stores in the future, and there are already retail locations in the works.

btrach144
It blows my mind that Apple hasn’t had an online store in the second most populous country in the world.
Score: 9 Votes (Like | Disagree)

ajgash
I love the intentional design choices Apple makes. They could have just said, "Apple Store coming to India." Instead, we have a really cool illustration that's full of "hidden" apple products and icons. Really neat!
Score: 5 Votes (Like | Disagree)

It blows my mind that Apple hasn’t had an online store in the second most populous country in the world.

Good job Apple.
Next stop, the fourth most populous country in the world, Indonesia.
Score: 5 Votes (Like | Disagree)

Its crazy that it hasnt, also India its about to become the most populous within the next decade... 2.5x China’s birth rate

That shows how underdeveloped India is.

For Apple's online store to work, you need good infrastructures across the entire country, such as broadband internet, fast, reliable and cost-effective domestic shipping that covers the entire country. You will also need good channels for online fraud prevention, which is a big problem in India not just domestically. Scammers from India are literally scamming the world.

For the online store to be successful, you need a ready market. The mass population should be at least pretty much all literate, and digitally literate, which India doesn't have. There should be a significant middle and upper class measured in the American purchasing power standard, not PPP because Apple products have globally standard pricing, at least before tax. Apple products will not be cheaper in India than in the US in FX dollars, so the nominal dollar, in this case, equals PPP-adjusted dollar.

Most of the people that meet the above criteria are located in the rich part of India, aka., the affluent half of the big cities, which already have physical retail channels.

For physical Apple Stores to work in India, currently India has none, there must be urban clusters in India that will buy the upper-end of the premium device lineups, such as Mac Pro, iPad Pro, Thunderbolt display (with the stand), AirPods Pro, etc. Products like the entry-level basic iPad, iPhone SE, MacBook Air without retina display, etc. will not generate enough profit for Apple to operate physical Apple Stores, which are expensive to keep.
Score: 5 Votes (Like | Disagree)

is there any way to determine which countries have an online store and which do not?

Checking the official Apple website one by one in each locale of interest, or look here for a map of it. 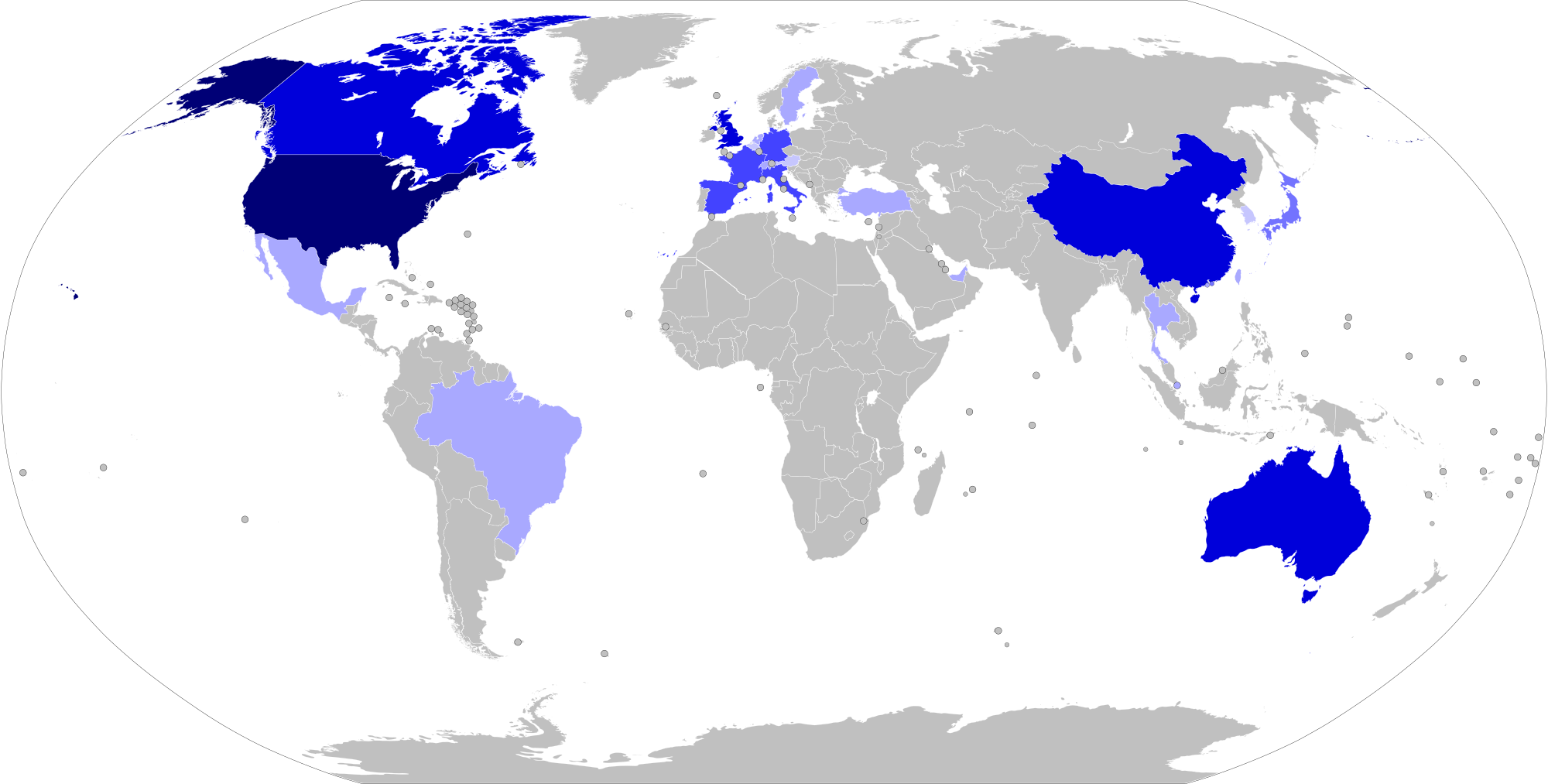 iMi
This is a big deal. India is fast developing but honestly it has a long way to go. In the vast rural area of India only about 60% have electricity. They would have been much further ahead, but they made the admirable, and in my opinion, inspiring decision to forgo the usual route of industrial revolution based on carbon fuels and instead invest heavily in renewables. Industrial growth is off the charts, consumer spending is rising at record pace. All good signs.

India is where we're looking to invest as well. I agree that this is big news.
Score: 4 Votes (Like | Disagree)
Read All Comments

Monday October 26, 2020 8:42 am PDT by Joe Rossignol
Last week, Apple released an update for Boot Camp, its utility for running Windows on a Mac. While this update would typically be unremarkable, several of our readers noticed that the release notes reference an unreleased 2020 model of the 16-inch MacBook Pro. While this could easily be a mistake, the 16-inch MacBook Pro is nearly a year old, so it is certainly a worthy candidate for a...
Read Full Article • 216 comments

Sunday October 25, 2020 2:59 pm PDT by Hartley Charlton
The United States Justice Department is targeting a lucrative deal between Apple and Google as part of one of the U.S. government's largest antitrust cases, reports The New York Times. On Tuesday, the Justice Department filed an antitrust lawsuit against Google, claiming the Mountain View-based company used anticompetitive and exclusionary practices in the search and advertising markets to ...
Read Full Article • 234 comments

Saturday October 24, 2020 11:12 am PDT by Joe Rossignol
iPhone 12 Pro models feature a new LiDAR Scanner for enhanced augmented reality experiences, but the sensor also enables another unique feature: the ability to measure a person's height instantly using the Measure app. You can even measure the seated height of a person in a chair, according to Apple. When the Measure app detects a person in the viewfinder, it automatically measures their...
Read Full Article • 169 comments

Monday October 26, 2020 3:38 pm PDT by Juli Clover
Alongside the iPhone 12 and 12 Pro models, Apple introduced a new MagSafe charger that attaches to the magnetic ring in the back of the devices, providing up to 15W of charging power, which is double the speed of the 7.5W Qi-based wireless charging maximum. Apple does not provide a power adapter with the $39 MagSafe charger, requiring users to supply their own USB-C compatible option. Apple...
Read Full Article • 422 comments

Tuesday October 27, 2020 4:14 am PDT by Tim Hardwick
The first iMac powered by Apple Silicon is set to arrive in the first half of next year and will feature a desktop class "A14T" chip, according to Chinese-language newspaper The China Times. Codenamed "Mt. Jade," Apple's first custom-made desktop processor will be twinned with its first self-developed GPU, codenamed "Lifuka," both of which are being produced using TSMC's 5-nanometer process, ...
Read Full Article • 257 comments

Friday October 23, 2020 8:36 am PDT by Joe Rossignol
Arun Maini today shared a new side-by-side iPhone battery life video test on his YouTube channel Mrwhosetheboss, timing how long the new iPhone 12 and iPhone 12 Pro models last on a single charge compared to older models, with equal brightness, settings, battery health, and usage. All of the devices are running iOS 14 without a SIM card inserted. In the test, the iPhone 11 Pro outlasted both ...
Read Full Article • 263 comments

Friday October 23, 2020 3:23 pm PDT by Joe Rossignol
If you keep your iPhone in a leather case while charging with Apple's new MagSafe Charger, the case might show circular imprints from contact with the accessory, according to a new Apple support document published today. Apple's leather cases for the iPhone 12 and iPhone 12 Pro are not available until November 6, but a MacRumors reader has already shared a photo of a circular imprint on...
Read Full Article • 334 comments