Last week, we reported on a severe new kind of Mac malware that has been found to infect via Xcode, discovered by security researchers at Trend Micro.

In an exclusive interview with MacRumors, the security researchers behind the discovery, Oleksandr Shatkivskyi and Vlad Felenuik, have provided more information about their research. 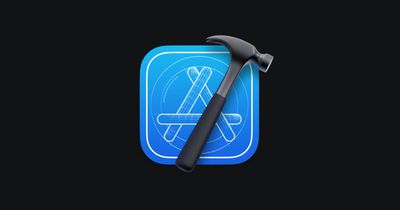 The malware, which is part of the XCSSET family, is "an unusual infection" that is injected into Xcode projects. When the project is built, the malicious code is run. This can lead to "a rabbit hole of malicious payloads," and poses a significant risk to Mac users.

Specifically, the malware was found to be capable of abusing Safari and other browsers to steal data. It can use a vulnerability to read and dump cookies, create backdoors in JavaScript, and in turn modify displayed websites, steal private banking information and passwords, and block password changes. It was also found to be able to steal information from apps such as Evernote, Notes, Skype, Telegram, QQ, and WeChat, take screenshots, upload files to the attacker's specified server, encrypt files, and display a ransom note.

Shatkivskyi and Felenuik told MacRumors that they believe the XCSSET malware will become extremely common among bad actors who seek to exploit Mac systems. The malware is particularly dangerous because verification methods, such as checking hashes, would not identify infection. It was found to be present in projects shared on GitHub. This means that developers who rely on repositories could face a supply-chain attack and be unaware that their project has become infected.

Xcode projects infected with the malware can create maliciously modified applications, unbeknownst to the developers who make the apps, and may then distribute them as trojans. Shatkivskyi and Felenuik believe that the Mac App Store review team will be largely unable to detect apps that contain the XCSSET malware. "As an iOS developer I know how easy it is to fool them and release an app with hidden features," Shatkivskyi said.

Shatkivskyi and Felenuik first approached Apple about the issue as early as December 2019, and they hope that Apple will be decisive and swift in its response to resolving the vulnerability. They suggest that Apple could implement privacy notifications, the likes of which came to iOS 14 and iPadOS 14, to alert Mac users when the malware is active on their systems, in an effort to explicitly alert users to a potential breach.

Shatkivskyi and Felenuik did not have access to a Mac Developer Transition Kit with Apple Silicon for testing, but they believe "there is no doubt that the malware will work" on Macs running Apple Silicon. In spite of the severity of the XCSSET malware, they maintain that macOS is a safe operating system and are optimistic about the future of combating malware.

"Apple have some work to do, but still macOS is the most secure platform available. I am delighted by how Apple stands for privacy. However, I am sure that malware development will get almost impossible in the future. But it has nothing to do with the Mac transition to Apple silicon."

Going forward, the researchers caution Mac users to be alert for unusual activity with permission alerts. Any repeated or suspicious notifications asking for permissions on macOS may be an indication of an infection. Trend Micro encourages users to consider multilayered security solutions.

"In order to stay safe, you have to be somewhat paranoid. Don't allow any app to record your screen. Also, pay attention to what is running on your Mac. I never use any pirated software due to its insecurity, I use only licensed ones," Shatkivskyi said.

The pair continue to actively research other threats to macOS.

So much for the 30% cut Apple takes to ensure the App Store is the SAFEST place to download 3rd party apps. ?

Not one person has downloaded an app with this infection. Seems like apple is doing its job.
Score: 18 Votes (Like | Disagree)

macfacts
This is what your 30 percent buys
Score: 12 Votes (Like | Disagree)

As Microsoft owns github.com, I have every reason to believe this problem will be resolved very quickly.
/s

It's not Microsoft's responsibility to scan and validate every piece code uploaded to GitHub.
It is the responsibility of every developer to inspect and validate any third party code they choose to incorporate into their app.
Score: 11 Votes (Like | Disagree)

This is what your 30 percent buys

ouimetnick
So much for the 30% cut Apple takes to ensure the App Store is the SAFEST place to download 3rd party apps. ?
Score: 8 Votes (Like | Disagree)

ArPe
Bit of ignorance on the researcher’s part.

When Apple vets a submitted app they check the application and system logs for behaviour like this.

Jobs already mentioned this process many years ago ‘Developers tell us the app does one thing and we find out it does something else.’

Apps downloaded outside the App Store are risky, especially if they are unsigned.
Score: 8 Votes (Like | Disagree)
Read All Comments