'Next Stop Nowhere' Out Now on Apple Arcade

"Next Stop Nowhere," the latest exclusive to hit Apple Arcade, has been released today.

Next Stop Nowhere is a road trip adventure story set in a colorful, cutthroat vision of outer space. The game follows the character of "Beckett," a courier living a simple life until a chance encounter with a former bounty hunter throws him into an unexpected adventure. The game features an "intelligent conversation system" with branching dialogue that changes the story based on every decision, and touts its "completely unique version of space."

More games, such as "Samurai Jack: Battle Through Time," "The Last Campfire," and "World's End Club," are expected to come to ‌Apple Arcade‌ soon.

JCCL
OH wow, who needs Xcloud? we got "Next Stop Nowhere". As always, Apple knows what's best for us!
Score: 19 Votes (Like | Disagree)

nvmls
Should be Apple Cartoons instead of Arcade, graphics look the same in most games.
Score: 9 Votes (Like | Disagree)

mdnz
Apple Arcade reminds me of the NES' Action 52. Just slap a bunch of games together and hope something sticks. 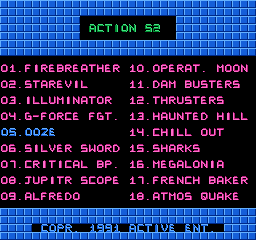 OH wow, who needs Xcloud? we got "Next Stop Nowhere". As always, Apple knows what's best for us!

I was about to say the same thing , Xcloud is so crappy and cheap compared to Apple Arcade....I don’t even understand how dare they fight against Apple.
Score: 2 Votes (Like | Disagree)
Read All Comments

Tuesday April 13, 2021 10:45 pm PDT by Juli Clover
The upcoming 2022 iPhone lineup will feature two 6.1-inch devices and two 6.7-inch devices, with no mini-sized 5.4-inch iPhone, well-respected Apple analyst Ming-Chi Kuo said in a note to investors that was seen by MacRumors. Two of the iPhones will be high-end models and two of the iPhones will be lower-end models, similar to the current iPhone 12 lineup. Apple introduced the 5.4-inch...
Read Full Article • 172 comments