Apple this week updated its "Jobs at Apple" website with a new Benefits section that's designed to explain to potential employees the perks that Apple offers to its workforce. 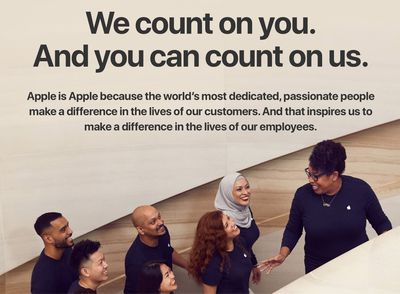 The Benefits part of the site is organized into different sections highlighting various perks of working for Apple, such as:

Apple says that its benefit programs vary by country and are subject to eligibility requirements. Those who want to learn more about Apple's benefits can check out the Jobs at Apple website.