Apple today shared its earnings results for the third fiscal quarter of 2020, and iPad and Mac sales saw a surge in growth as people transitioned from working in offices to working from home. 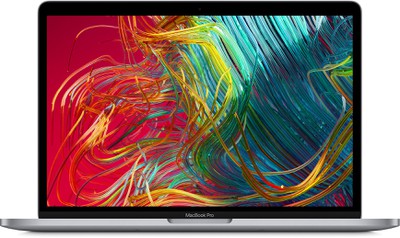 Apple CEO Tim Cook said that these strong sales were achieved in spite of significant supply constraints that have limited the availability of certain iPads and Macs over the course of the last couple months.

Cook also said that Apple is working hard to get more iPads and Macs into the hands of customers, so sales could see continued growth in the fourth quarter as it appears many people will continue working from home for the foreseeable future.

hans1972
Cook did mention on the call that the positive customer satisfaction rate for Macs was 96%.

Cook, diplomatic as always, did not confirm that the other 4% were regular Macrumor's commenters.
Score: 24 Votes (Like | Disagree)

Cook did mention on the call that the positive customer satisfaction rate for Macs was 96%.

Cook, diplomatic as always, did not confirm that the other 4% were regular Macrumor's commenters.

jcswim312
I just got the new 13 inch MacBook Pro last month and love it!

Lots of people are buying Macs to work from home and kids are buying iPads for this school year as well so I think iPad/Mac sales are going to continue to rise...
Score: 6 Votes (Like | Disagree)

Baymowe335
The supply was constrained and they still had this insane number.
Score: 5 Votes (Like | Disagree)

anthorumor
And now to upgrade the Mac’s 720p camera in these Zoom times.
Score: 5 Votes (Like | Disagree)

Indeed. There’s a variety of products that I strongly dislike, but I don’t spend all my time and energy hanging out on news/enthusiast websites for those products, bitterly complaining about every new topic.
Score: 4 Votes (Like | Disagree)
Read All Comments

Friday July 30, 2021 9:04 am PDT by Sami Fathi
Tesla CEO Elon Musk reportedly once demanded that he be made Apple CEO in a brief discussion of a potential acquisition with Apple's current CEO, Tim Cook. The claim comes in a new book titled "Power Play: Tesla, Elon Musk and the Bet of the Century," as reviewed by The Los Angeles Times. According to the book, during a 2016 phone call between Musk and Cook that touched on the possibility of ...
Read Full Article • 257 comments

Sunday August 1, 2021 6:21 am PDT by Sami Fathi
Models of the Apple Watch Series 6 with titanium cases part of the "Apple Watch Edition" collection is currently widely unavailable for pick-up in several of Apple's retail stores in the United States and is unavailable entirely for delivery in major markets. Noted by Bloomberg's Mark Gurman in the latest edition of his "Power On" newsletter, titanium models of the Apple Watch Series 6,...
Read Full Article • 111 comments

Saturday July 31, 2021 12:13 am PDT by Tim Hardwick
Telegram Messenger has received a major update to its video capabilities, including support for video calls with up to 1,000 viewers. Group video calls in Telegram allow up to 30 users to stream video from both their camera and their screen, and now a maximum of 1,000 people can tune into the broadcast. Telegram says it intends to continue increasing this limit "until all humans on Earth...
Read Full Article • 53 comments

Saturday July 31, 2021 6:00 am PDT by MacRumors Staff
This week saw an interesting range of Apple news and rumors, including a blockbuster earnings report, rumors about next year's "iPhone 14" and Face ID coming to Macs, and more. Subscribe to the MacRumors YouTube channel for more videos. Other popular topics included Apple's crackdown on leaks, changes in the latest round of betas for iOS 15, iPadOS 15, and macOS Monterey, and several stories...
Read Full Article • 49 comments

Thunderbolt 5 Could Offer Up to 80 Gbps Bandwidth, Intel Leak Suggests