With Apple gradually reclosing many of its U.S. stores as coronavirus cases increase, The Wall Street Journal has taken a look at Apple's strategies and criteria for deciding when and where to close stores, viewing the company as a retail bellwether. 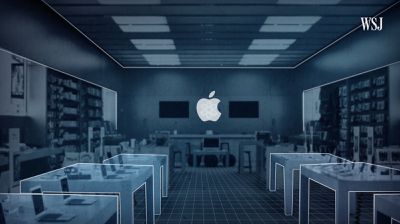 As noted by analyst Gene Munster in the video, Apple's massive cash reserves and its heavy online presence mean that the company can be more aggressive about closing its locations than many other retail companies. As a result, tracking the company's store closures provides an interesting glimpse of what's happening in various areas of the country and trends looking forward.


Apple shared a few specific details about its store closure criteria with The ‌Wall Street Journal‌, noting that it takes into account the following factors from county-level data:

Apple says it uses publicly available data as much as possible, but if that data isn't available, it will contact public health departments to request it.

Zen_Arcade
Apple appears to be using a data-driven model, which is, needless to say, positive.

It would help tame the pandemic if more governmental entities did the same.
Score: 6 Votes (Like | Disagree)

Karma*Police
I’ve no idea what Apple hopes to accomplish with these closures. By following common sense guidelines, Apple can keep employees and customers safe, provide much needed support to its customers, and do its part to contribute to the health of the economy.

To think that closing a few Apple Stores will somehow prevent the spread is really silly... employees and customers are far more likely to contract it outside of an Apple Store... bars, restaurants, house parties, hanging out with friends, etc.
Score: 3 Votes (Like | Disagree)

I’ve no idea what Apple hopes to accomplish with these closures. By following common sense guidelines, Apple can keep employees and customers safe, provide much needed support to its customers, and do its part to contribute to the health of the economy.

To think that closing a few Apple Stores will somehow prevent the spread is really silly... employees and customers are far more likely to contract it outside of an Apple Store... bars, restaurants, house parties, hanging out with friends, etc.

Apple stores are in busy areas. The employees feel safe at work but traveling to and from stores is an issue. Employees are at risk when they go on break, or have to walk through a crowded mall and people around you are not wearing masks. So what they‘re accomplishing is keeping their most important investment safe first: their employees.
Score: 2 Votes (Like | Disagree)

lkalliance
Was at an Apple Store yesterday. Some are closed in my area, the ones in the most crowded spots; this one wasn't. I'm immuno-depressed, so I don't leave the house very often, but this was a good experience. I made an appointment (I was looking to buy my first Apple Watch) for yesterday early evening. Midweek, around dinnertime, a mall whose main anchors (movie theater, Macy's, Dave & Buster's) were closed as well as many (but not all) of the stores inside...felt reasonably safe. So I got to the Apple Store and here was my experience:

--First had to interact with what looked like security, perhaps they were medical staff. Had to answer the usual questions (Have you had a fever? Have you had a cough? etc.), and then had my temperature taken.
--Apple staff member was out managing the lines (reservations or walk-up, sales or service). I had to stand in a specific spot where where she (from a social distance) confirmed what I was there for and whether I had a reservation. Got in line, where of course there were tape marks to keep us distanced.
--Eventually allowed in (only so many allowed at once), and was accompanied to what I wanted to see.
--I did not expect this, but I WAS allowed to try on a Watch. He took out the sample watch case of the type I wanted, wiped it with disinfectant, did the same with the bands, allowed me to play around.
--Any time I looked around, SOMEONE was wiping down equipment or counters, and of course there were hand sanitizing stations in several places.
--When I made my purchase, the box was brought to the associate, who wiped it down with an antiseptic wipe. I was also offered as many antiseptic wipes as I liked to take with me; I used those to wipe down the exterior of the box and each of the boxes inside.

The reservations are just for 15 minutes, but I was there a lot longer (there wasn't anyone on line, my supposition about the time and place was correct). I wouldn't hesitate to do it again if needed.

macmyworld
Great that Apple is taking care of its employees. Just wish they offered better service options when the stores are closed. Many people rely on their equipment to do business including many essential businesses.
Score: 1 Votes (Like | Disagree)

Doctor Q
Tracking store closures to identify outbreaks is a case of the tail wagging the dog. Apple reacts to outbreak data in each geographic area, so it's the data that tells the story. Apple's actions simply echo it.
Score: 1 Votes (Like | Disagree)
Read All Comments