In this week's App Recap, we've highlighted utilities app "Glarm," business app "Orbit," and utilities app "Smart NFC" as three apps that are worth checking out. We've also compiled a list of apps that received major updates this week. 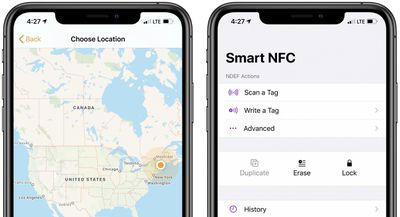 Friday August 12, 2022 2:34 pm PDT by Juli Clover
There's just about a month to go until Apple holds its annual September event focusing on new iPhone and Apple Watch models. We thought we'd take a quick look at everything that's rumored for Apple's September event to give MacRumors readers a rundown on what to expect when the first fall event rolls around. iPhone 14 The iPhone 14 can probably be described more as an "iPhone 13S" because...
Read Full Article • 131 comments

Friday August 12, 2022 12:46 pm PDT by Juli Clover
Samsung this week launched its fourth-generation foldable devices, the $1,000 Galaxy Z Flip and the $1,800 Galaxy Z Fold. Though there's no sign of a comparable Apple foldable device on the horizon, rumors suggest prototypes are in the works, so we thought we'd take a look at Samsung's newest smartphones to see what Apple needs to measure up to when a foldable iPhone does come out. Subscribe ...
Read Full Article • 248 comments